Jonah Hill revealed the process behind a Wolf of Wall Street scene, which started out as “a disaster” on Wednesday.

In an interview with Bill Simmons on Any Given Wednesday, Hill revealed he managed to bang out that scene when his character Donnie Azoff and Jordan Belfort (Leonardo DiCaprio) meet for the first time in just a few takes. But it took more than “20” times to nail the scene when Donnie casually quits his job with his brother-in-law by phone.

In the movie, Azoff quits because he’s ready to upgrade to being a wealthy upstanding salesman with Belfort. Hill, who remembered he was “freaking out” and “sweating” when they shot the diner scene, said that Scorsese didn’t give the actor any feedback on why his performance wasn’t working. Instead, Scorsese just sat with Hill in silence while the director read the newspaper for a while, and it got Hill totally chill enough to finally knock it out of the park.

Watch the interview clip below. 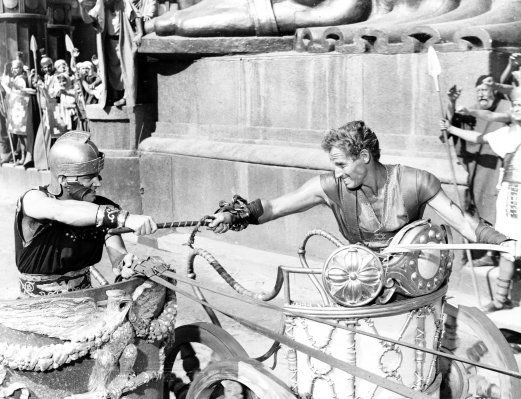 Literally Epic Photos From the Making of the Classic 'Ben-Hur'
Next Up: Editor's Pick