GOP presidential candidate Donald Trump called himself Mr. Brexit on Twitter Thursday, which some took as a suggestion that he will defy the polls just like the unexpected success of the “Brexit” referendum earlier this year.

Trump—who supported Brexit after the U.K. voted in favor of it—trails his Democratic rival Hillary Clinton by an of 6 percentage points, according to a Real Clear Politics collection of recent polls. He is also down in polls of most swing states.

British voters also defied expectations in a referendum earlier this over whether to leave the European Union. That move was approved 52% to 48% despite expectations that the country would stay.

Trump’s campaign recently hired Cambridge Analytica, a marketing firm that worked with the Brexit campaign, to aid his ailing campaign. 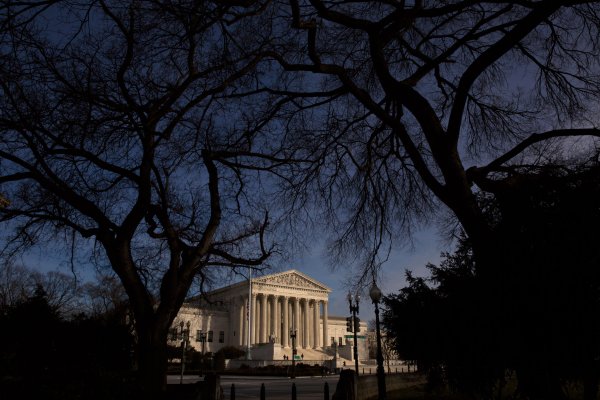 Unpacking the Court: Is Eight Enough?
Next Up: Editor's Pick