When you read the script, did you gravitate toward the part of David?

It’s all in when these things come to you. I had just finished playing this boxer, Vinny Pazienza [in this fall’s Bleed for This], and Vinny is a very larger-than-life character, so I was more interested in playing the straight character. It’s nice to actually play a guy that you like.

Did you get to meet Packouz?

Yeah. Anytime you can meet the person you’re playing, it’s interesting, whether or not you’re using that as part of your prep. By the time I met David, we had already been filming for a bit. A lot of times people aren’t the most honest about themselves. David has his version of it, and we took his experience and pumped up the entertainment.

Could you relate to the fake-it-till-you-make-it aspect of the story, given the line of work you’re in?

My buddy had a painting company I used to paint with every summer, and that was his thing: You don’t know everything about this business, but you’re going to pretend like you do, and after awhile you’re going to become what you’re pretending to be. With acting, you do that all the time.

David and Efraim do some bad things, but they’re not presented as villains.

In real life, a lot of the stuff these guys did was not illegal. The Bush Administration was trying to do one thing, and these guys had their intentions. There was an opportunity presented to them that they did not create. They don’t make the statutes–they just figure out what they can do to make some money. 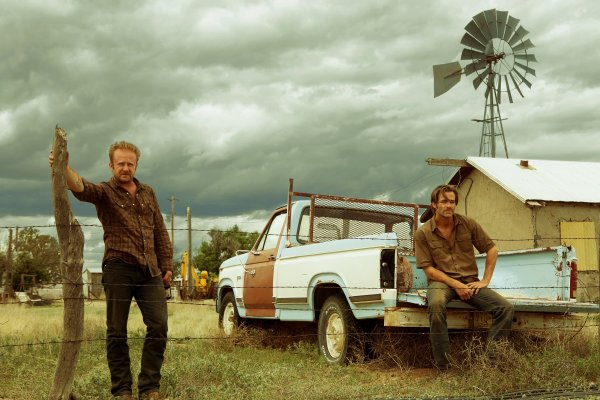 Hell or High Water Floats on Craggy Jeff Bridges
Next Up: Editor's Pick