Philippine President Rodrigo Duterte gestures as he talks during the 115th police-service anniversary at the Philippine National Police headquarters in Manila on Aug. 17, 2016
Noel Celis—AFP/Getty Images
By Amanda Calvo

The Philippines’ President Rodrigo Duterte slammed the U.N. on Wednesday as “stupid” for criticizing his controversial war on illegal drugs, which has claimed around 1,000 lives so far.

At an event attended by police officers and foreign diplomats, Duterte pledged to continue his antidrug push and crackdown on crime, warning the global body not to interfere, according to Agence France-Presse.

“Here comes the U.N., easily swayed, and coming with a very stupid proposition,” Duterte said. “Why would the United Nations be so easily swayed into interfering in the affairs of this republic?”

In June, U.N. chief Ban Ki-moon condemned the Filipino leader for allowing extrajudicial killings of suspected drug dealers and users, calling them “illegal and a breach of fundamental rights and freedoms.”

Duterte has named and shamed public officials for their alleged involvement in the narcotics trade, ordered police not to hesitate with killing suspected drug criminals and urged ordinary citizens and communist guerrilla forces to join in the killings.

Duterte assumed power in June after a May landslide election victory with a campaign promise focused on targeting illegal drugs and other crime. In August, he threatened to declare “martial law” if the judiciary got involved in his antidrug campaign. 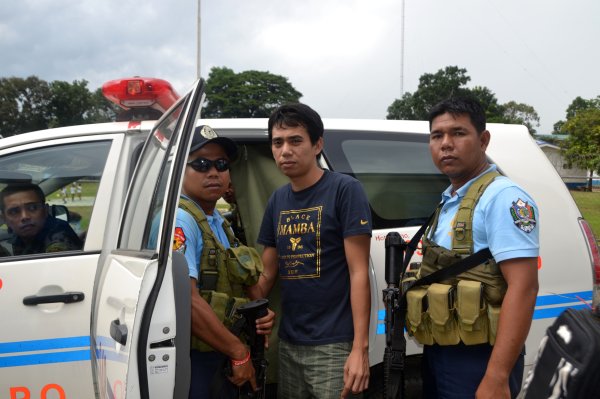