Connecticut Sen. Chris Murphy does not shy away from the fact that guns on are on the national ballot this November.

“If Donald Trump wins, it will be a pretty dramatic setback,” says Murphy, who has emerged as the Democratic Party’s most vocal champion of new gun regulation. “Not just because how terrible he’ll be on the issue, but the fact that a presidential candidate who ran asking for a mandate on guns lost.”

For Murphy, the fight is personal. He had just been elected to the Senate in 2012 when word arrived that there had been an incident at an elementary school in his House district. The Senator-elect watched in horror as Newtown, Conn., became the site of the deadliest mass school shooting in U.S. history.

Murphy, an earnest legislator who first won election at age 25, wanted to know what he and other lawmakers could do to help families who were affected by the scene unfolding at Sandy Hook Elementary School, and how he might prevent similar future incidents. His efforts, the Democrat acknowledged over a breakfast interview with TIME this week, were perhaps ahead of their time, if not premature.

“Sandy Hook was so cataclysmic—was so outside of the norm—that people’s reaction was all about simply figuring out how to process it, how to reconcile that level of evil,” Murphy said during a candid conversation on Aug. 17. “They were trying to reconcile how Sandy Hook could exist in a civilized world.” No discussion of policy or politics, he said, could break through the disbelief roiling his constituents, his colleagues and the nation, no matter how much he saw a chance to do good.

His ensuing efforts came up in defeat largely at the hands of the National Rifle Association. Murphy is now eyeing action in 2017, which he hopes will be achieved by a Democratic Party-led Senate, if comrades can pick up a net six Senate seats, and championed by Hillary Clinton, who is the most stridently pro-gun-control presidential nominee ever. “We have had time now, and a never-ending trend line of mass atrocities, to think about how policy can change to make this less likely,” Murphy said as he picked at smoked salmon on a bagel.

Public opinion, at the moment, is on Murphy’s side, at least for incremental changes to the nation’s rules for buying guns. Voters seem to favor policies he is pushing: background checks, limits on online sales, measures to keep suspected terrorists from buying a gun at Wal-Mart. Politics, however, is iffy. “I’m not sure that our movement is ready yet to beat the gun lobby,” he said, using the pollster-crafted reference to the NRA. “I’m not sure that we’re strong enough. I’m not sure that we’re big enough. I don’t want to over-state the movement.”

Candidates are facing pressure for their votes on gun restrictions. Sen. Kelly Ayotte of New Hampshire is locked in a tight race for her second term representing a state where guns are part of the DNA. Sen. Pat Toomey of Pennsylvania faces skepticism from the Right over his work to boost background checks in the wake of Newtown. The Democrats devoted hours of Clinton’s nominating convention to the topic, openly calling on tighter restrictions to prevent future massacres. “Something has changed within our party,” Murphy said.

Indeed, campaign consultants for a generation were leaning on the lessons of Bill Clinton’s crime bill in 1994. Lawmakers who supported it found themselves out of a job, as the NRA came after them with millions in negative ads. Republicans defaulted to the NRA position from a mix of fear and pragmatism.

“You were told, as a Democratic candidate, you should stay away from guns. Democrats (now) have decided that this a core value for our party and it’s a winning political issue,” Murphy said. “It’s become a litmus test for Democrats. You have to be strong on the issue of guns or you are ineligible for Leadership in our party.”

But that’s not to say there is the political infrastructure to back them up. “The anti-gun violence movement was essentially asleep from 1994 to 2012 and during that time, the NRA and the gun lobby built up an incredibly impressive political organization,” Murphy said. “The modern movement to stop gun violence and to take illegal weapons off our streets is less than four years old.”

Indeed, it’s a movement in its infancy. Former New York Mayor Michael Bloomberg has spent millions to criticize pro-NRA politicians with limited efficacy. Former Rep. Gabby Giffords, who survived a 2011 assassination attempt, has led an anti-gun violence group that is preparing an active fall campaign, both on the ground and on televisions. And grassroots activists are seeing an opportunity to run against the NRA, even if some Democratic campaigns are only lukewarm to the strategy.

Have faith, Murphy argues. The shooting at a gay nightclub in Orlando on a Saturday night in June became the deadliest mass shooting in U.S. history. Forty-nine people, plus the gunman, died in a shooting that is said to have been inspired by Islamic extremism. “It was fundamentally disruptive with the electorate. The new intersection of law enforcement and terrorism has caused voters to elevate the issue on their priority list,” Murphy said. “Orlando was a policy tipping point. They now knew how to react psychologically to these tragedies because they had practiced it and they were ready to think about policy.”

That’s not to say Murphy expects the NRA to be sidelined any time soon. “I think it’s still very powerful, 10 years from now. It is whether the NRA has a vice-like grip on the Republican Party, or whether it is another interest groups that wins some battles and loses some battles. They have not lost a fight in decades,” Murphy said. “My hope is that 10 years from now, while the NRA will still be powerful, Republicans will get used to stepping out and occasionally take on the NRA.”

Murphy likens the NRA to another industry that survives but with a significantly damaged public image. “Guns are the new cigarettes,” he said. 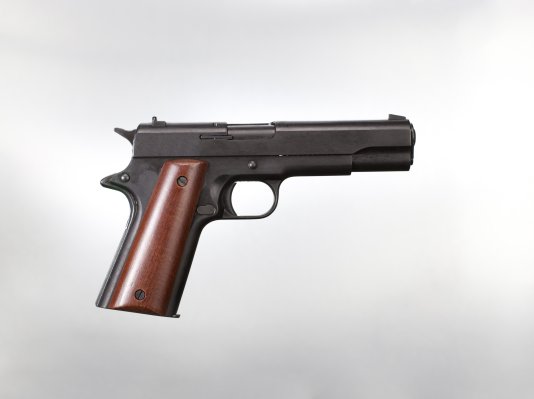 Why Campus Carry Laws Matter for Higher Education
Next Up: Editor's Pick