How Hair Style Could Be Linked to Weight in Teen Girls

Carole J Woolford-Hunt, left, and Dr Susan J. Woolford
Ideas
By Dr Susan J. Woolford and Carole J Woolford-Hunt
Dr. Woolford is the Medical Director of the Pediatric Comprehensive Weight Management Center and a Clinical Assistant Professor with the Child Health Evaluation and Research (CHEAR) unit in the Division of General Pediatrics at the University of Michigan.
Carole Woolford Hunt is an Associate Professor in the Department of Graduate Psychology and Counseling and the Program Coordinator for the Counseling Psychology PhD program at Andrews University in Michigan.

It’s well-known that African American adolescent girls have a higher prevalence of obesity than Caucasian or Asian adolescents. And it’s widely understood that in part this is because they are often less physically active than their peers. But the question of why they are less active has always been a bit of a puzzle.

There are probably many factors at play, not least the fact that many African American kids grow up without access to the facilities, coaches and leagues that are simply a part of life for kids from wealthier families. But our research suggests that there could be another factor here: hair.

Consider Gabby Douglas: a champion in the 2012 and 2016 Olympics. She garnered repeated criticism about her hair. And who can forget the comments about the “nappy hair” of the Rutgers University women’s basketball team that got Don Imus fired in 2007?

Are black adolescent girls engaging in sports less often because of concerns about their hair?

As a pediatrician who specializes in obesity care, a counseling psychologist with expertise in issues of race and culture, and sisters who discuss our work regularly, we have come to believe that a preference for straightened hair might be affecting black teens’ willingness to exercise. We decided to undertake a study.

(Many people, including Susan’s hairdresser couldn’t imagine why this was necessary: “Everybody knows that black women don’t want to sweat out their hair,” she says. “And they definitely won’t swim.” This may be why no black woman had ever won a gold medal in Olympic swimming until Simone Manuel this year in Rio).

To test our theory, we recruited participants from socioeconomically diverse churches in Michigan, Georgia and California in 2011. Thirty-six African American adolescent girls participated in two-hour focus group sessions and to complete surveys to assess their ethnic identity and their self-reported level of physical activity. We led the focus groups. Then, along with Dr. David R. Williams (Harvard University) and our research team (Areej Sami and Natalie Blake), we analyzed the data to explore common themes in the transcripts and associations between participants’ reports of physical activity and a) their ethnic identity scores and b) their hairstyle choices.

Of course, not every African-American adolescent feels this way but it was striking how consistent the message was from state to state. Though there were some nuances—adolescents in Georgia were more accepting of natural styles than those in Michigan and California for example—long, straight hair was generally seen as most desirable.

It’s probably true that women of all ethnicities may have some concerns about the impact of activity on their hair, but the degree of effort and expense black women go to in order to make their hair straight is often greater. So it may be more of a deterrent to them being willing to sweat and let their hair revert to its natural texture, especially since that texture is often not valued by society (considering how much hair commercials promote long, flowing, shiny hair.)

It’s also important to note that this was a small study, just three dozen participants, so further research in larger populations is needed. However, this is the first research paper to our knowledge to suggest a connection between ethnic identity and hairstyle choices and physical identity.

If it is the case that African American adolescent girls engage in lower levels of physical activity due to concerns about maintaining straight hair, then social norms and pressures are influencing black populations in ways that are likely detrimental to health. We believe that a stronger sense of ethnic identity may lead to a greater acceptance of natural hair, which in turn will allow for higher levels of physical activity among adolescents.

Rigid beauty standards aren’t good for anyone, but when they are particularly hard—or actually impossible— to achieve among some ethnic groups, they affect the development of positive ethnic identity and may rob young people of a chance at a healthy and active life. 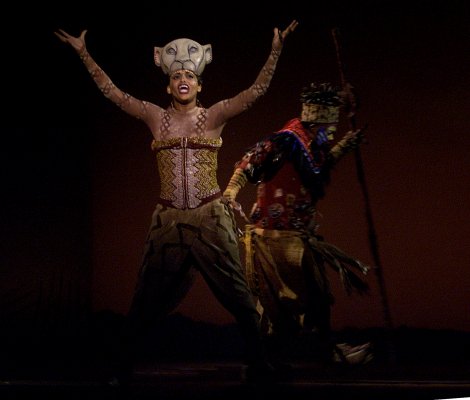 How to Use Disney to Get Your Kids Into New Music
Next Up: Editor's Pick