The young volunteer seemed like any other when she stepped out of her white pickup and into a campaign field office for Russ Feingold’s Senate campaign in Wisconsin on Monday. She said she was a recent transplant from Minnesota, where she claimed she had done phone-banking for Democratic Gov. Mark Dayton and Sen. Al Franken. She later declared an interest in women’s health, the environment, and labor issues. On a nondisclosure agreement with the campaign, the blonde woman signed her name as “Allison Moss,” and pledged not to share the campaign’s proprietary data and confidential information private.

But when the Feingold campaign tried to vet its latest recruit—standard practice in the age of opposition research—they could find no record of an ‘Allison Moss.’ A Facebook search revealed an account created days before. Her phone number was registered with a New York area code. Her photo matched those of an activist, Allison Maass, caught last year trying to infiltrate the offices of the Hillary Clinton campaign in Iowa.

“I really like, like, women’s health, the environment, that’s something that I’m passionate about,” ‘Moss’ told a campaign staffer when interviewed about her political interests when she returned to the offices Tuesday. “I know in Wisconsin, it’s a big thing, like, union rights, worker’s rights, it’s such a big thing and something that it’s like sad that people in Wisconsin have to fight for stuff like that but Scott Walker has made it just so hard for them.”

But what Maass didn’t appear to know, was that Feingold aides planned a sting of their own, seeking to determine Maass’ true intentions. After a cordial interview in which a campaign staffer asked her about her political interests and past experience, they confronted her about her apparent false identity.

“Allison Moss is my name,” she maintained, according to a recording of the confrontation provided to TIME by the campaign. “If there is a problem with me being here, I can leave…My name is Allison Moss.”

After being prodded again about the false name and her apparent role as “campus correspondent” for the conservative Campus Reform website, Maass clammed up. “Yeah, I’m not going to be answering any questions. So if you want me to leave, I’ll leave. If you want me to stay, I’ll stay.” After refusing to answer several more questions, Maass was asked to leave the office for good.

The Clinton campaign identified Maass, then giving her name as ‘Allison Holmes,’ and at least one other woman last August as having infiltrated among their volunteers and allegedly trying to entrap their supporters in Iowa. One scheme including attempting to pass potentially illegal cash donations onto the campaign.

At the time, the women gave the same number tied to the University of Minnesota-based group Students for a Conservative Voice. That group later said the number actually belonged to Maass. The other woman, Laura Loomer, filmed a video at Barry University last year which appeared to show a college official backing the creation of a charity to funnel money to the Islamic State. The video was later distributed by Project Veritas, the conservative group run by James O’Keefe, which has specialized in undercover stings meant to embarrass liberal groups and politicians.

Maass did not respond to a phone message left at the number she provided the Feingold campaign. Stephen Gordon, a spokesman for Project Veritas did not confirm or deny the group’s involvement. “Regarding the person you named below, Project Veritas will neither provide nor confirm the identity of any of our undercover journalists, real or imagined,” he said. 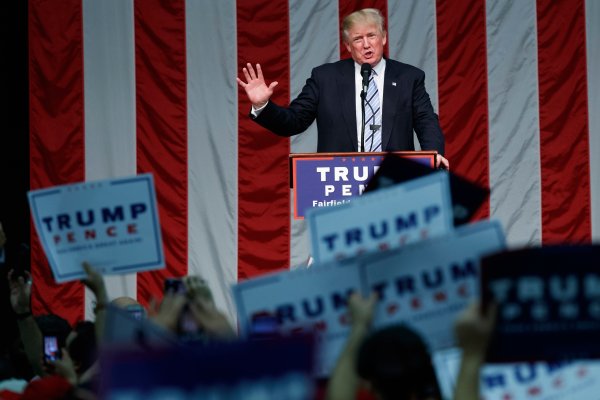