The Best Gold Medal Faces of the Rio Olympics

Like most of us, I’ve never won a gold medal. But if I ever do—or, rather, another prize that is the result of a staggering amount of work—my reaction would probably fall somewhere in this mix of athletes around the world who struck gold during the Games in Rio.

The reactions run the gamut. Kosuke Hagino of Japan was all-smiles in the pool when he was photographed from above after beating his opponents in the men’s 400-m individual medley. Katinka Hosszú of Hungary appeared a bit stunned when she won the same race, shattering the world record.

Rafael Nadal of Spain dropped to ground after taking gold with Marc López in men’s tennis doubles, while Ekaterina Makarova and Elena Vesnina took flight, jumping up and down after wining gold in the women’s competition. American gymnast Simone Biles gave a thumbs up after winning her third gold of the Games, while Britain’s Mo Farah spread his arms out after coming in first in the men’s 10,000-meter final.

See their priceless reactions––and those of dozens of others jubilant Olympians––in the video above. 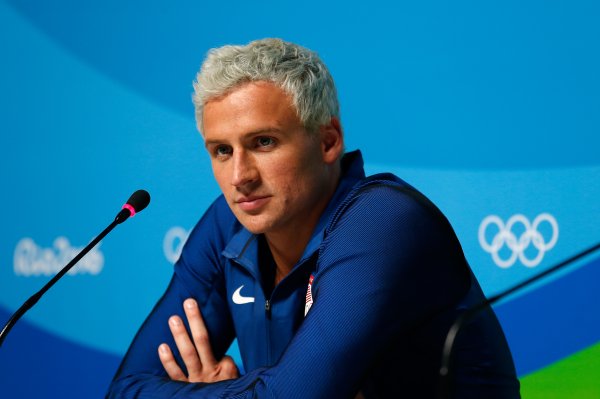 Ryan Lochte Ordered to Remain in Brazil
Next Up: Editor's Pick