What It's Like to Try a Virtual Reality "Backpack"

Playing games or watching films in virtual reality can be surreal, but the high-end experiences like those offered by the Oculus Rift and HTC Vive have some restrictions. Namely: Both headsets need to be tethered to a PC, limiting how far you can move from your computer while wearing them. And the cables themselves can quickly become a nuisance while you’re moving about in the physical world as you simultaneously navigate the digital one.

PC makers have been busy thinking up novel solutions to this problem. One idea: HP, Alienware, and MSI have unveiled concepts for virtual reality “backpacks,” super-slim computers meant to be worn on the user’s back with a special vest. I recently had the chance to try HP’s version. While the company isn’t selling the computer yet, it is shipping units to partners so they can learn more about the new form factor.

HP’s development kit, part of the company’s Omen X gaming lineup, includes a vest with the necessary straps, shortened cables for tethering the headset to the computer while it’s mounted on the wearer’s back, a battery pack, and a charging station. That sounds like a lot of equipment, but the gear was surprisingly lightweight. HP says it made a point to keep the computer at 10 pounds or fewer to avoid discomfort. Indeed, it didn’t feel much heavier than the bag I tote to work each day. There’s also a dual fan system built into the computer to prevent it from getting too hot while it’s on your back.

HP’s backpack-sized computer may be much smaller than your typical gaming rig, but I didn’t notice any difference in terms of performance when using it to power the HTC Vive headset. During my demo, I created three dimensional artwork in Google’s Tilt Brush app and played with a robotic dog in The Lab without tripping over any wires. Interchangeable batteries sit in a tiny holster attached to the vest; the unit is said to last for around one hour on a single charge.

That virtual reality has introduced a problem solved by a wearable computer will no doubt invite some level of ridicule. But these kinds of computers could potentially open the door for new, and better, kinds of virtual reality experiences. Companies like The Void and Zero Latency are using similar technology to enable highly immersive VR attractions, like a Ghostbusters-themed game playable in New York City. That said, experiences like that also require a sensor-laden physical environment that’s been carefully mapped to a virtual world. For now, these new backpack computers solve at least one big headache facing living room VR gamers: Cleaning up all those cords that threaten to result in a nasty trip. 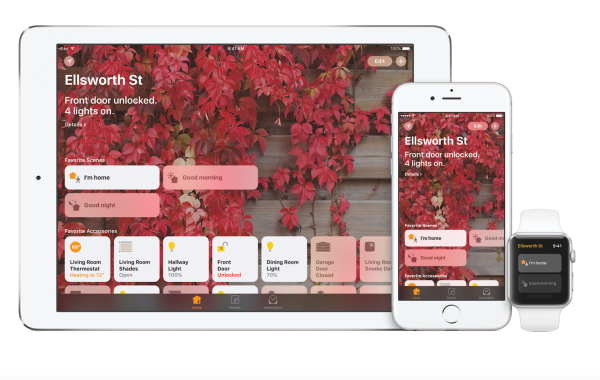 Apple's Vision for the Smart Home is Finally Taking Shape
Next Up: Editor's Pick