Tonga’s flag bearer Pita Nikolas Taufatofua made waves on social media during the opening ceremonies of the 2016 Rio Olympics when he led his country into the arena shirtless and covered in oil. However, while many seemed to be under the impression that Taufatofua looked that way for the audience’s benefit, his shiny appearance actually had cultural significance.

The taekwondo athlete took to Facebook recently to explain what body oil means to the Tongan people. “Coconut oil is an integral part of indigenous Oceanian body adornment,” he wrote. “Typically performers apply copious amounts of coconut oils on their body as a celebration of the symmetry of the human body as well as a mark of ancestral identity.”

Taufatofua went on to explain the ancestral roots of the other aspects of his outfit, including the designs on his ngatu — the cloth he wore around his waist — denoting “the deep spiritual oneness of Oceanians and their land.”

He also shared a link to a petition, which appears to be closed, calling on Disney to fund a scholarship for Pacific Islander children. 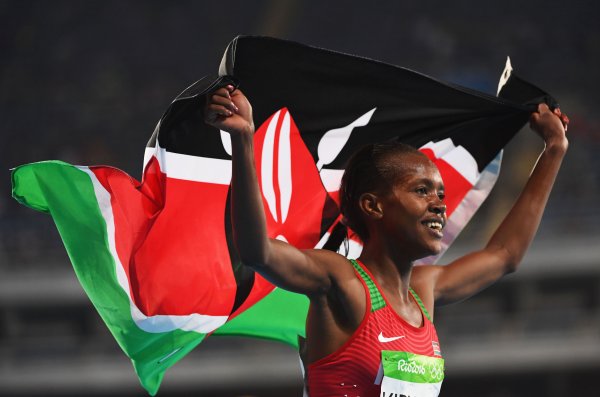 A Night of Many Firsts for Track and Field Stars in Rio
Next Up: Editor's Pick