Imagine this: You’re just getting home from a long day at work. But instead of flipping a light switch or blasting the air conditioning, you reach for your iPhone and say, “Hey Siri, I’m home.” Suddenly, the lights turn on, the window shades begin to rise, and the temperature cools.

This is how Apple wants us to live in the not-too-distant future. The Cupertino, Calif. company took its first significant step in this direction in 2014 with the introduction of HomeKit, which lets users control Internet-connected appliances with their iPhones. But HomeKit has a significant drawback: It lacks a central hub for users with lots of different kinds of that equipment.

That will change when Apple releases iOS 10 this fall. Included in the new iPhone software will be an app called Home, which will function as a control center for smart home gear from lightbulbs to thermostats. This will be a welcome change from the current process of setting up HomeKit devices, which involves installing a new and often hard-to-use companion app for each individual product.

It’s a big step for Apple, and for smart home technology in general, which has been mostly the domain of tech-savvy early adopters. After a brief demo of the new Home app, it’s clear that Apple wants the app to be dead simple to use, with drag-and-drop functionality reminiscent of rearranging apps on your iPhone or iPad’s home screen.

The Home app is broken down into three tabs: Home, Rooms, and Automation. The Home tab provides a general overview of your HomeKit setup. It offers a compilation of your most frequently used accessories and “scenes,” a collection of settings you can pre-program for specific events. (A scene called “I’m Home” might turn on the outside lights, open your garage door and start blasting the A/C, for instance.) Rooms, meanwhile, sorts your smart appliances by where they’re located in your house.

The Automation tab is where things get really interesting. Here, you can build automatic triggers for certain events. Say you’re driving home, for instance. Because the software is “talking” to your iPhone’s GPS, it knows you’re nearing your home, and it could open your garage door without any manual input. (One caveat: You’ll need either the newest model of Apple TV or an iPad for these features to work, as they act as a hub for accessing your HomeKit devices when you’re out of the house.)

With Home, Apple is seeking to creating a smart home platform that knows what we want when we want it. Having the lights and ceiling fan automatically turn on when you enter a room may sound like a minor advancement, but it feels entirely futuristic. That said, for many users, getting the most out of smart home software like Home will mean potentially expensive appliance upgrades.

More broadly, Apple’s work on Home offers a big hint about the future of Siri. The company’s intelligent assistant software has, until recently, largely been tied to the iPhone. But over the past year or so, Apple has been laying the groundwork for Siri to be an omnipresent force in our lives. Siri now lives on our bodies via the Apple Watch, in our living room via the Apple TV, and soon on many of our office computers when it debuts on the Mac this fall. With Home, Apple is aiming to turn Siri into a sort of digital butler, too. That’s a logical next step given that the technology world is moving towards a future where voice control might be the most common way of interacting with our gadgets.

To be sure, Apple faces plenty of challenges in convincing people to embrace the smart home experience. Only 36% of Americans are excited about such technology, according to a 2015 Nielsen study, while just 22% say having the latest technology is important in their current and future homes. Meanwhile, rival firms like Amazon and Google are already bringing their Siri competitors into customers’ homes. And Apple is, for now, relying on outside partners to make and market the hardware that Home controls. But Apple has a knack for popularizing emerging technologies, as the iPod did for MP3 players and the iPad did for tablets. Some of the company’s trademark simplification may be just what the smart home world needs to really take off. 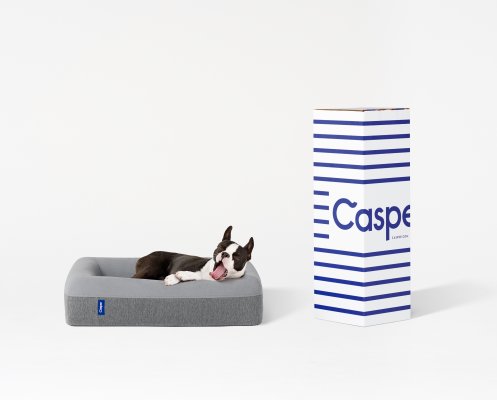 Casper's New Mattress Is For the Dogs
Next Up: Editor's Pick