Bannon will become the campaign’s chief executive, while current campaign chairman Paul Manafort will retain his title, according to the Associated Press.

The hire comes as support of Trump is dipping in the polls could signal an embrace of Trump’s aggressive style, rather than commit to appealing to a broader constituency and toning things down.

Bannon has been an investment banker, conservative filmmaker and a naval officer before his time at Breitbart. Here’s what you need to know about him:

He held a tight reign on Trump coverage at Breitbart.

Pro-Trump coverage at Breitbart was a mandate enforced harshly by Bannon, according to a Vanity Fair report in March. Bannon had final approval of stories written about the billionaire and frequently exercised his veto power. Tension arose when former Trump campaign manager Corey Lewandowski was accused of assaulting Breitbart reporter Michelle Fields at a rally.

Bannon became the executive editor at Breitbart following the 2012 death of Andrew Breitbart, founder the of the site.

He owns a stake in Seinfeld.

Bannon worked for Goldman Sachs as an investment banker, until founding his own firm Bannon & Co. Through the firm, he negotiated the sale of Castle Rock Entertainment to Ted Turner, which made him a stakeholder in the popular sitcom Seinfeld. Royalties from the show have funded some of Bannon’s recent ventures, according to Bloomberg.

He co-founded the Government Accountability Institute in 2012.

The conservative group published the 2015 book Clinton Cash, which investigates donations made to the Clinton Foundation by foreigners, Bill and Hillary and from paid speeches.

He is a critic of the Republican establishment.

Bannon has been outspoken in his dislike of the GOP political establishment, telling a 2013 crowd in Washington D.C. that he didn’t believe in a “functional conservative party” in the U.S. and that the Republicans certainly weren’t that.

He financed a Sarah Palin documentary.

Bannon put up $1 million dollars to finance “The Undefeated,” a 2011 film about Palin’s political journey, according to the Hollywood Reporter. He has financed and produced several films, mostly with a conservative focus. 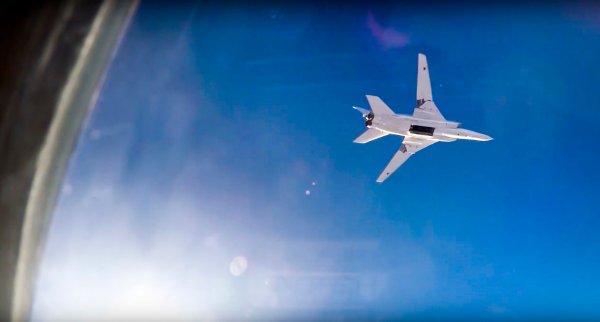 Russia and Iran Fly Across a Key Threshold in the Middle East
Next Up: Editor's Pick