The announcement follows talks between Australia’s immigration minister Peter Dutton and Papua New Guinea officials over the offshore detention of asylum seekers on the Pacific island, the Guardian reports.

“Both Papua New Guinea and Australia are in agreement that the center is to be closed,” O’Neill said in a statement. A number of options for closing the center and what to do with the 854 men living there were being discussed, O’Neil added, but a timeframe for closure was not announced.

In April, Papua New Guinea’s high court ruled the offshore detention center to be illegal and in breach of the constitution.

Meanwhile, more than 100 former staff from Australia’s offshore detention facilities on Wednesday called for the asylum seekers and refugees to be brought to Australia, the BBC reports.

The former employees, who worked on Nauru and Manus, warned in a letter that the only way to effectively insure the safety of detainees is to move and resettle them in Australia.

“We don’t need more evidence. We know these centers cause unacceptable harm. We need to bring these people to Australia and start the process of rebuilding their lives,” wrote Shivani Keecha the ex-Coordinator of Save the Children’s Child Protection team on Nauru.

Those who signed the statement are those who have directly worked with asylum seekers, including doctors, case workers, teachers, social workers and employees from Save the Children and other NGOs as well as contracted workers at the two centers.

The move comes after the leak of more than 2,000 case reports detailing abysmal living conditions and physical and sexual violence experienced by asylum seekers living in the Australian detention camps on Nauru.

The Nauru government has dismissed the claims in the report as “fabricated” and Dutton last week accused asylum seekers of deliberately setting themselves on fire, self-harming and making false claims of sexual assault in order to relocate to Australia.

“This has reached crisis level and requires an immediate response.” said Toby O’Brien, former Child Protection Officer with Save the Children. 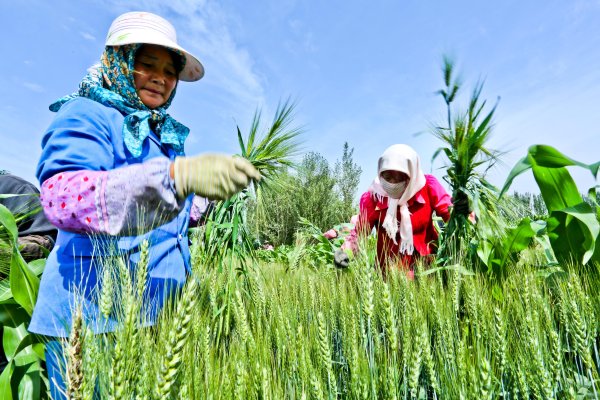 China May Not Have Enough Arable Land to Feed Its People. But Big Changes Are Coming
Next Up: Editor's Pick