How to Ease the Tensions in Milwaukee

Police in riot gear wait in an alley after a second night of clashes between protestors and police in Milwaukee, Wisc., on Aug. 15, 2016.
Darren Hauck—Getty Images
Ideas
By Joan Cook

Earlier this week Milwaukee experienced violent protests over the police shooting and death of Sylville Smith, an armed 23-year-old African-American man on Saturday. Wisconsin Governor Scott Walker declared a state of emergency Sunday. After a year of horrifying incidents of terrorism, shootings of African-American men and police officers, and combustible vitriol on the 2016 presidential campaign trail, yet again many U.S. citizens are either absorbed by emotional pain or numb to it, hopeless that our country will ever change for the better.

All of this has gotten to me, too. And then it reminded me of a technique I first learned when in training to become a psychologist, a tool outlined in David Burns’ book Feeling Good: The New Mood Therapy called “disarm and empathy.” People get so entrenched in their perspectives that they insist, “I shall not be moved.” It is then that they need to take a step back, cool off and widen their angle of focus. With the intensity of emotions reduced, people can find ways to connect with one another.

“Disarm and empathy” involves three main steps. Here’s how the Wisconsin government could apply it to the current situation in Milwaukee.

Government officials should listen to what protesters are saying, ask for specifics and show interest. Defending their positions with sarcasm and anger would only fuel the protesters’ fire.

2. Find something to agree upon.

Law enforcement can agree with rioters’ position in principle or accept that their feelings are understandable. For example, the Governor or his representatives might say: “I understand you’re incredibly angry and sad that another African-American man has died. It doesn’t seem right or fair. You want these shootings to end; so do I. Looting and destruction are not the answer. We must all come together. Our police force will work with you to regain your trust in the hopes of building a safer more equitable future for all.”

The government must state emphatically that they have the same values, even if they don’t agree with all rioters’ statements. The Governor can say: “Racial inequality is a pressing concern we share. We need to find solutions, now.”

The Governor can say: “I hear you. I will continue to look for opportunities to work together, to address inequalities in Wisconsin and in our country.” He can also propose other corrective measures including conflict-resolution, negotiation or cognitive-behavioral communication strategies.

Could this strategy work?

Fascinating research by psychologist Patricia Devine from the University of Wisconsin deals with breaking the prejudice habit. She explains how even people who hold beliefs and attitudes that are opposed to prejudice can act in discriminatory ways. This essentially happens because of implicit biases, automatic processes we all hold. Levine and her colleagues developed and tested a prejudice habit-breaking intervention. It involves a combination of becoming aware of our unconscious biases, gaining concern about the effects of that bias and using an array of strategies to reduce it. This intervention worked best on people who were concerned about discrimination and people who actually practiced the strategies.

As rioters cry foul and the governor calls for unity in Milwaukee, the police, the rioters and the average American citizen need to consider using the “disarm and empathy” strategy. This tool can help us have hard discussions about issues including race relations and gender and economic inequality—and could even promote decorum on the path to the presidency. Let’s make America listen again. 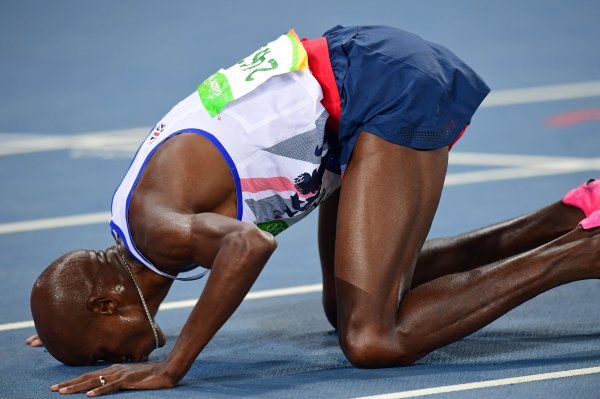 3 Olympic Athletes Show the Positive Power of Islam
Next Up: Editor's Pick