The World Is Failing Refugees from Nauru to the U.S.

Thousands of protesters demonstrate at Town Hall Square in Sydney, Australia, on Feb. 8, 2016, against the offshore detention and detention of asylum seeker children to the offshore processing centers of Manus Island and Nauru.
Ahmad Salem—Pacific Press/Sipa USA/AP
By Ian Bremmer

As history buffs and film fans know, there weren’t enough lifeboats for passengers aboard the Titanic. As the boats, some less than full, pulled away from the sinking ship, debate began among the lucky few about whether to return to pluck the drowning from the water. Some claimed it was a moral duty to try. Others warned that the drowning masses might capsize the boats. I think about those arguments when I see today’s tidal wave of refugees.

The migrant story we now know best is one that begins in Syria and ends in Europe, or somewhere along the way. After more than a million entered the E.U. last year, Balkan countries like Hungary built obstacles to keep them out, and desperate European leaders cut a deal with Turkey to prevent asylum-seekers from entering Europe via Greece.

Immigration is also part of the story behind June’s Brexit referendum in the U.K. The percentage of U.K. residents born outside Britain is about 13 percent, but half of those have arrived just in the past 15 years. These are not Muslims fleeing misery in the Middle East and North Africa. These are mainly Poles and other Eastern Europeans profiting from E.U. immigration rules to work in a stronger economy. But the belief that rising levels of immigration were diminishing the quality of health, education and other services likely contributed to the British vote to leave the E.U.

The resistance to migrants is not limited to Europe. Although Japan is an aging country that badly needs an expanded workforce, it has some of the most restrictive immigration and work laws in the industrialized world. Only about 1.5 percent of Japan’s residents were born outside the country. Foreign workers make up less than 2 percent of Japan’s workforce. According to Japan’s justice ministry, 7,586 people applied for asylum in 2015. Just 27 were accepted.

Read more: The Messages That Hold Refugee Families Together

In the United States, the Republican presidential candidate has made the rejection or expulsion of immigrants a cornerstone of his campaign. “If I win, they’re going back,” Donald Trump said last year of Syrian refugees. He has at various times championed walls, bans, religious tests and now “extreme vetting,” but it isn’t just Trump. While the governments of Europe accepted more than one million refugees last year from Syria, Iraq, and elsewhere, the Obama administration welcomed just 70,000. Only about 36 percent of them were Muslims, according to the State Department. President Obama and other national leaders have called on the private sector to help, and many companies around the world have stepped up. But it isn’t nearly enough.

And now we’re learning of the situation in Nauru. If you’ve never heard of Nauru, you’re in good company. The world’s smallest island nation, just 8 square miles in total, now houses refugees from Iran, Iraq, Pakistan, Somalia and other countries. They’re there because Australia, Nauru’s giant neighbor 2,400 miles to the south, pays the impoverished island to house those trying to reach Australia by sea.

It’s difficult and expensive for foreign journalists to receive permission to visit the island. The penalty for “unauthorized disclosure” of information by detention facility employees can include a prison sentence. In a joint statement released earlier this month, watchdog groups Amnesty International and Human Rights Watch reported that “around 1,200 men, women, and children who sought refuge in Australia and were forcibly transferred to the remote Pacific island nation of Nauru suffer severe abuse, inhumane treatment, and neglect.” Australia’s failure to address these abuses, they said, “appears to be a deliberate policy to deter further asylum seekers from arriving in the country by boat.”

For the world’s refugees, there are more than enough lifeboats, but the fears they provoke have grown beyond reason in developed countries. According to a report published last month by Oxfam, a charity organization, the United States, China, Japan, Germany, France and the U.K.—countries that represent well over half the global economy–now host just 2.1 million refugees, less than 9 percent of the world’s total. The rights of refugees are defined under both international agreements and national laws. But there is also a moral responsibility to help those who need it, whenever and wherever possible.

The world’s wealthiest nations are failing in that responsibility. 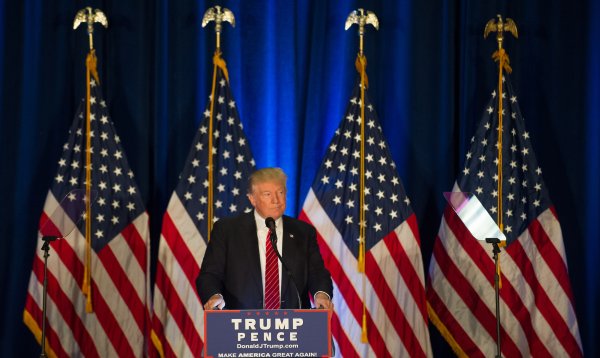