Why We Can't Hear Truth From Either Candidate

A conversation is properly constructed so as to transmit meaning between or among participants. It is often thought that a speaker is responsible for encoding meaning, and a hearer’s job is simply to understand what a speaker says. But it’s a more complicated relationship: it is the speaker’s responsibility to encode meanings in such a way that a hearer is likely to be able to understand them as the speaker intended; and it is the hearer’s responsibility to bring her experiences to bear so as to make sense of the communication. In other words, meaning is jointly constructed.

This is necessarily true because human beings are social animals. By working in this cooperative way, language (and other forms of interpersonal communication) both make the best use of our social capacities, and enhance them. Uncooperative communication does the opposite: it drives us apart.

In our current political discourse, there are violations of those expectations and needs.

Donald Trump violates our normal assumptions about how to express and understand language in two main ways. First, he deliberately confuses or mystifies speakers about how he intends his utterances to be understood, and then blames speakers for their confusion.

Normally, especially in speech that is highly important (like presidential candidates’ communications to the public), we all share a high expectation that candidates will be truthful, and are indignant if we perceive them to be telling untruths or lies. And we should be. But there are ways of talking that fall in between truth and lie, and normal adults have learned when to use them and how to interpret them. Among them are forms we call “sarcasm,” “irony,” “hyperbole” and “kidding.” In all of these, speakers say things that they know are not literally true, and hearers make use of nonverbal cues (winks, smiles, shrugs, tone of voice and so on), prior and subsequent linguistic context, and long acquaintance with the speaker to understand what the speaker means.

Trump on several recent occasions has said things that, taken literally, have provoked outrage. Rather than apologizing (or being more careful in the first place), each time his response has been to claim that he had spoken non-literally: was “sarcastic” or “kidding.” Thus it was with his suggestion that Russia hack Hillary Clinton’s emails; and that Clinton and President Obama were “founders” of ISIS. He was also “kidding” about kicking that crying baby out of a rally.

Trump’s game in such cases is to roll out an outrageous claim, and if it flies, fine; if not, it’s the hearers’ fault that they misunderstood his intention. The result is to sow confusion and mystification. How exactly are his hearers to understand the things he says? It makes them more dependent on him and more afraid to protest—they’re likely afraid they’ll look stupid, like someone who doesn’t get a joke. Trump, meanwhile, doesn’t have to take responsibility for his words.

The trouble here is that “sarcasm” and “kidding” work only under specific contextual conditions: speaker and hearer must share assumptions about what the speaker is likely to mean literally, and agree that there is reason to interpret the speaker’s words in a special, marked way. It is impossible to do this in any of these cases, so Trump just isn’t making sense—but in an underhanded, uncatchable way.

For example, in response to the Democratic National Convention speech from Khizr Khan, the father of a soldier killed in Iraq, Trump said he’s made a lot of “sacrifices.” Many people took offense. If speakers of English can’t agree on the meaning of a word like “sacrifice”—willingly giving up or losing something of great value for the greater good of a larger community— we come apart and become anxious. And since Trump makes his definition of the word aggressively, there is no room to negotiate.

Trump’s trick is to insist on making language a one-way proposition: he, the speaker, makes the meanings, and you, the hearer, must accept those meanings of his words or you cannot play the game. Convention goes out the window, along with the cooperation essential for a social species to operate successfully.

This election, Hillary Clinton is functioning as a representative of all women, and in particular of all powerful women. There are those who are not comfortable seeing a woman playing that role, and are doing all they can to undercut her communicative options (and thus deny her full humanity).

When Clinton speaks, many hearers demand total control of her intentions, leaving her unable to claim control of her own meaning. Words are regularly put into her mouth. (This is the exact reverse of Trump’s situation.)

Clinton’s hearers’ sloppiness isn’t entirely their fault. Clinton is a novel phenomenon for Americans: a woman speaking in a position of potential authority and power. So we hang on her words, as we do not for a man in her situation, but we do so in order to make her words mean what we want them to mean—not what she might have intended them to mean.

As a speaker, she is subjected to relentless critique and analysis: why is she so “cold” and “inauthentic”? We interpret, or rather over-interpret, her smiles and lack of them. When she makes a gaffe, we never hear the end of it. We declare every imperfection to be evidence of her unsuitability for the role she is seeking. She is not allowed to be human, because we can’t see her as properly female. And we deprive her of the essential human power to make her own meaning. Our judgment becomes a self-fulfilling prophecy: we read negative meanings into her self-presentation, because we don’t have any other way to listen to such a woman; then we blame her for making us dislike her.

We analyze Clinton’s and Trump’s “unlikableness” as if they were the same thing. They’re not. Trump’s arises because of his individual and unique characteristics and history. He’s responsible. Clinton’s arises to a very significant degree because of the stereotypes we all carry unconsciously with us about how a woman should behave. Her unlikability is our failure, not hers.

So in this presidential campaign, American audiences are experiencing communicative difficulties with both candidates. Both have to do with the answer to the question: who makes the meaning of this conversation? The right answer is, or should be, that we all do. But with each of the major candidates, for very different reasons, we cannot truthfully give that answer. 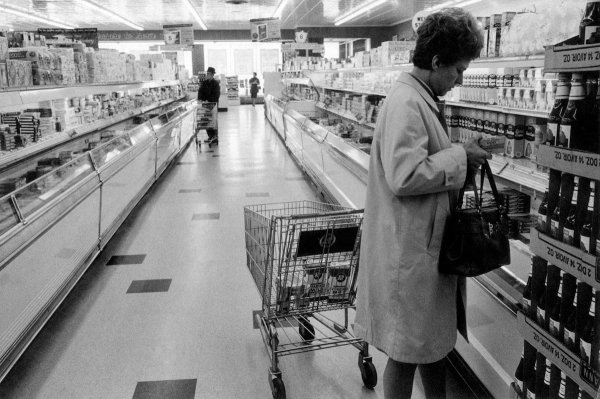 A Turning Point for Hunger in America
Next Up: Editor's Pick