Another day, another set of polls that show Democratic nominee Hillary Clinton surging ahead.

An NBC/Survey Monkey poll has Clinton leading Donald Trump nationally by nine percentage points, in line with recent polling. And in Virginia, a state Barack Obama won by less than four percent in 2012, Trump is down 14 points, according to The Washington Post.

In the NBC poll, a majority of respondents said they would not use any of the following phrases to describe Trump: “Personality and temperament to serve,” “Cares about people like you,” “Shares your values” or “Honest and trustworthy.” Polls of polls find Clinton has built up a solid lead as top Republicans have reportedly begun to consider pulling funding from Trump’s campaign. 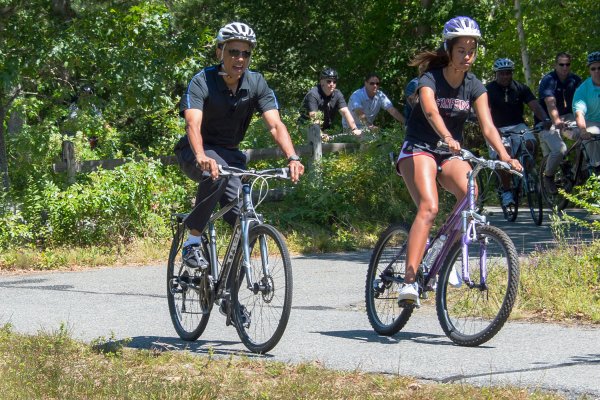 Obama Warns Democrats Not to Take Election For Granted
Next Up: Editor's Pick