The Rio Olympic track saw a dramatic finish Monday night in the women’s 400-m final. The Bahamas’ Shaunae Miller had been leading for most of race, when, on the home straight, the U.S.’s Allyson Felix began to close the gap. It looked as though the defending Olympic champion would clinch the title again.

Then, in the final two meters of the race, Miller dove. The move pulled her across the finish line just ahead of Felix, bringing the Bahamian sprinter an Olympic gold with a time of 49.44. It was the dive heard round the world: immediately, audiences took to the Internet to discuss Miller’s finish, which many have decried as unethical. (The move is technically legal, as the rule book states that a win is judged on whose torso crossed the line first.) There were memes aplenty, as you’d predict. 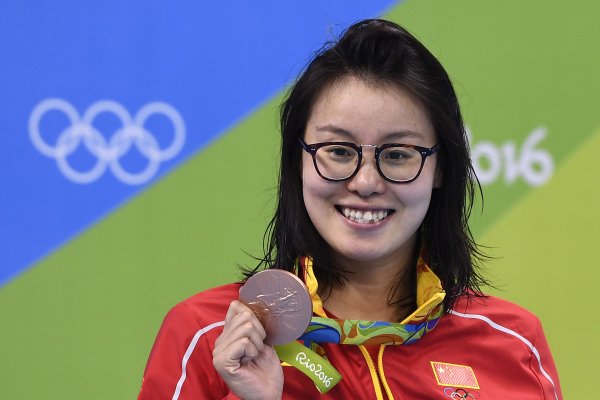 Chinese Swimmer Speaks Out About Having Her Period During the Olympics
Next Up: Editor's Pick