There are now 61 detainees in the naval base at Guantánamo Bay, Cuba after 12 Yemeni and three Afghan citizens were transferred Saturday, the Miami Herald reports.

“The continued operation of the detention facility weakens our national security by draining resources, damaging our relationships with key allies and partners, and emboldening violent extremists,” said Ambassador Lee Wolosky, the State Department’s special envoy for closing the Guantanamo detention center, in statement shortly after the announcement.

This is the single largest transfer of Guantánamo detainees during President Barack Obama’s tenure in the White House, after he had planned to shutter the prison during his first year in office. In the past 11 months, the State Department has transferred 55 detainees to 13 countries.

Fewer than 50 prisoners could remain in Cuba by the end of the summer, according to the Herald, as another 20 detainees await resettlement or repatriation.

Obama issued his plan for shutting down the facility completely in February, calling for several dozen remaining prisoners to be relocated to maximum-security prions stateside, according to Reuters, but U.S. law prohibits such transfers. 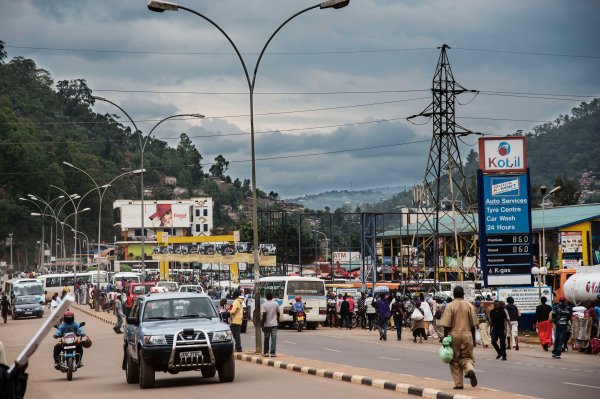 Rwanda's Capital Kicks Cars Off the Streets for a Day Every Month
Next Up: Editor's Pick