Duo, which is available for iOS and Android and was first unveiled during Google I/O in May, will start rolling out Tuesday. Google’s messaging app Hangouts already supports video calling, but Google’s goal with Duo was to make the experience simpler and easier, especially on smartphones.

Here’s a closer look at what it’s like to use Duo.

Launching Duo automatically activates the front-facing camera, so your face will likely be the first thing you see upon opening the app. Below this, Duo keeps a list of your recent calls alongside the video calling button, which allows you to start a new conversation. There’s also a menu which houses the app’s settings and support options accessible by tapping in the upper right corner. Duo sifts through your contacts to find friends and family who also have the app, and provides an option to invite others.

There’s very little to explore within Duo. That simplicity makes it easy to jump right into a video call without having to navigate through menus and settings.

The one capability that separates Duo from most video calling apps is a feature Google calls Knock Knock. This lets the recipient see a live video of the caller before answering. Google is pitching this as a way to seamlessly dive into a call without the awkwardness of asking whether or not the other person can see you. It only works with numbers saved in your contacts, so it’s impossible for strangers or unwanted callers to reach you through Knock Knock. For the iPhone, this feature only works when the app is open.

It’s a fun little feature if you’re calling friends or loved ones. But I could also imagine it being awkward if you’re reaching out to someone you don’t know very well. Knock Knock is optional, so if you find yourself in that situation, you can turn it off in the app’s settings.

Google also blocks what viewers can see when one party to a call navigates away from the app. When I swiped up to access my iPhone’s Control Center during a video call, the app blocked out my face with a blank gray screen. I noticed the same thing when my caller tried to check his notifications while in a video call.

This was jarring at first, but I think it’s generally helpful. The last thing I’d want is to see my caller poking and prodding at their screen or reading something else while we’re in the middle of a conversation.

While Duo’s simplicity is what makes it appealing, it would benefit from a few additions. Google is a powerhouse when it comes to machine learning and artificial intelligence; I’d love to see the company leverage that technology in Duo. There’s opportunity to use machine learning to translate speech in real time when chatting with someone in a different language, like Skype does. Or, Google could use this tech to make suggestions about who you might want to call based on your history, location, and time of day rather than just displaying recent calls.

To me, desktop software is important for video chat apps, since some people might want to view their caller on a bigger screen. But Duo is only available on mobile devices, unlike Hangouts, which can be used on both desktop and mobile. Google says it hasn’t ruled out the possibility of bringing Duo to the desktop, but it’s focusing on mobile for now.

Overall, Duo is a simple and enjoyable video calling app that I can imaging being useful for families, children, and others that may not be very tech-savvy. Google ultimately achieved what it set out to do: Make it easier for people to quickly set up a video call on their phone. 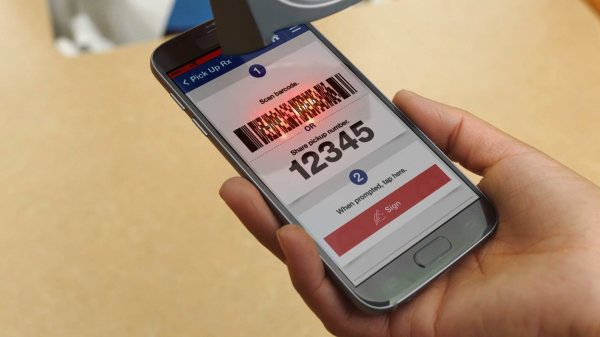