Casper's New Mattress Is For the Dogs

The beds come in three sizes, depending on the size of a customer’s pooch. They’ll cost $125, $150, and $225 for small, medium and large, respectively. That’s on the higher end for dog beds, but more expensive options certainly exist.

“We started getting customers sending us photos of their dogs on the Casper mattress early on, and a lot of requests from people for us to make a dog mattress,” says Casper Chief Product Officer Jeff Chapin.

Chapin said the efforts to build a dog bed began in earnest “probably a year and a half ago.” One challenge: Dogs are rougher on mattresses than humans.

“It took a lot of iterations on the prototypes to get something as durable as we wanted and as comfortable as we wanted,” says Chapin. He added that dogs have a wider variety of sleep positions compared to humans, who tend to stick to just three.

Part of Casper’s sales pitch might be that dogs aren’t the only beneficiary of their own beds. Dogs who share the bed with their owners can be a sleep disturbance because they tend to wake up and move through the night, Chapin says.

Based in New York City, Casper sells well-reviewed memory foam mattresses directly to consumers starting at $500, along with bedding and pillows. The firm says it’s able to save money by shipping its products directly to customers, cutting mattress stores and their markups out of the equation. (It also has dog-friendly offices.)

Investors have poured a total of $71.2 million into the firm since it launched in 2014, according to CrunchBase. Other mattress startups, like Purple and Leesa, now compete with Casper, while other firms have applied the direct-to-consumer business model to products like cosmetics and home goods. 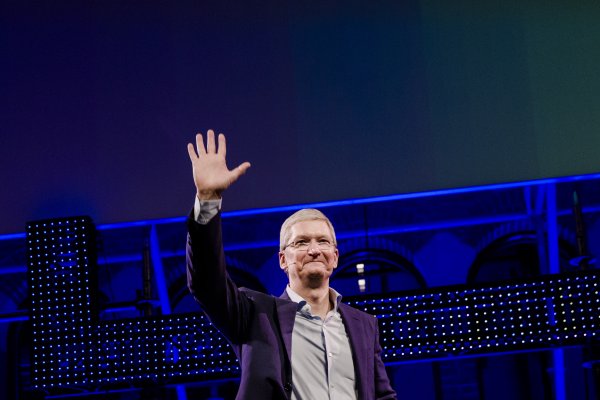 Tim Cook Hints That Apple is Experimenting With Augmented Reality
Next Up: Editor's Pick