A Muslim advocacy group is offering a $10,000 reward for information on the shooter who killed a New York City mosque leader and his associate.

Imam Maulama Alauddin Akonjee, 55, and his associate Thara Uddin, 64, were shot and killed on Saturday as they left Al-Furqan Jame Masjid in Queens.

As the slain men’s families plan for their funerals, the Council on American-Islamic Relations (CAIR) planned to announce on Monday that it is offering a $10,000 reward for information leading to the shooter’s arrest and conviction, according to the Associated Press.

Police said on Monday they were questioning a man in relation to the killing, Reuters reported. The man has not been charged. Police have not yet established a motive behind the fatal shootings, although some in the Bangladeshi Muslim community in the area believe it was a hate crime.

CAIR also organized a funeral prayer for Akonjee and Uddin for Monday at 2:30 p.m. 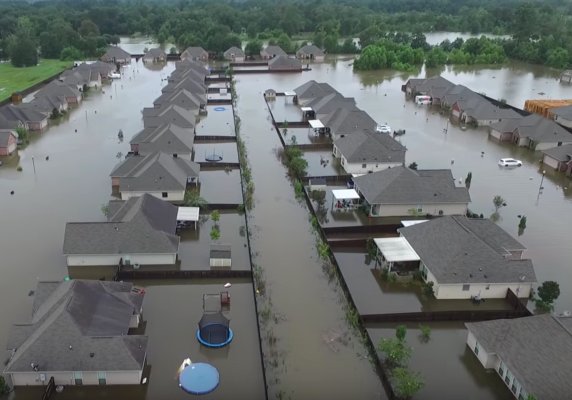 Drone Shows Incredible Extent of Flooding in Louisiana
Next Up: Editor's Pick