Tim Cook Hints That Apple is Experimenting With Augmented Reality

Tim Cook, chief executive officer of Apple Inc., waves to the audience during the opening of "Startup Fest", a five-day conference to showcase Dutch innovation, in Amsterdam, Netherlands, on Tuesday, May 24, 2016.
Marlene Awaad—Bloomberg/Getty Images
By Lisa Eadicicco

Analysts and investors are constantly questioning Apple’s plan for the long term, especially as revenue from the iPhone has declined. Now, Apple CEO Tim Cook is hinting that he’s keeping an eye on one emerging technology in particular: augmented reality.

“I think AR [augmented reality] is extremely interesting and sort of a core technology,” Cook told The Washington Post. “So, yes, it’s something we’re doing a lot of things on behind that curtain we talked about.”

Augmented reality, unlike virtual reality, overlays images and graphics on the real world. This is why wild creatures that appear in Pokémon Go look like they’re hiding underneath your desk or above your computer, for instance. Google Glass also used AR to display information like alerts from incoming calls and search results above the wearer’s line of sight. Augmented reality has existed for decades, but a new class of apps and products like Pokémon Go, Microsoft’s upcoming HoloLens headset, and the Google-backed startup Magic Leap have renewed interest in the technology.

This isn’t the first time Cook has expressed interest in the AR field. When analysts probed Cook about augmented reality during Apple’s earnings call in July, he said the company will “continue to invest a lot” in the technology, adding that Apple is “high on AR for the long run.” Apple reportedly has a team of experts in augmented reality and virtual reality and is said to have built prototype headsets similar to Facebook’s Oculus Rift and Microsoft HoloLens, according to The Financial Times.

If Apple does intend to pursue augmented reality, Cook’s comments suggest that it will be quite some time before the tech makes its way into any of the company’s products. 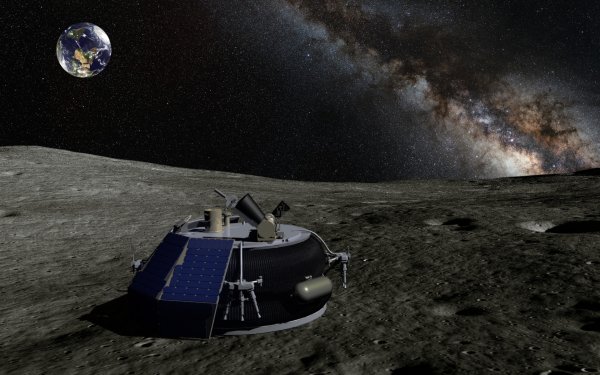 Private Company Gets Permission to Land on Moon
Next Up: Editor's Pick