Amazon Is Testing Food Orders Directly From a Cooking Show

Amazon is continuing its quest to turn the world into a “1-click” planet.

This fall, the company is debuting a new cooking show on its Prime Video streaming platform in Japan which will allow viewers to order some of the food featured in the episodes with Amazon’s popular single-click ordering service, which sends deliveries to a pre-filled address Nikkei Asian Review reports. It’s part of a collaboration with Japanese entertainment giant Yoshimoto Kogyo, which is producing the show.

The program will highlight Japanese cuisine from around the country and feature local celebrities. The “1-click” ordering service for the show won’t be available universally, at least at first — it’ll be limited to “Japan, as well as some locations overseas,” according to Nikkei.

Still, the initiative highlights Amazon’s focus on instant-order e-commerce that can be personalized to draw local customer bases, including by integrating shopping opportunities into entertainment. The tech giant has been pushing its Dash button service for one-click purchasing of standard household items like laundry detergent, even offering up a $5 credit for consumers who buy a $1 product button.

While some may question just how far the Internet of Things strategy can be stretched, Amazon CEO Jeff Bezos’ overall changes to the company’s business structure seems to be paying off, if recent earnings reports are any indication. The firm announced a record $857 million profits in the second quarter of 2016. It has now been profitable for five straight quarters. 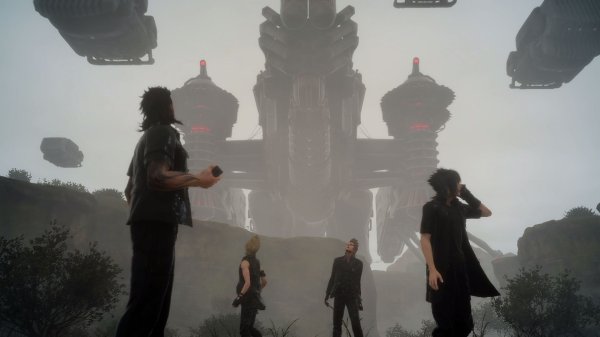 'Final Fantasy XV' Is Delayed Until Late November
Next Up: Editor's Pick