Adele’s recent announcement, onstage at one of her concerts, that she had been offered the 2017 Super Bowl halftime show but turned it down, is the ultimate pop-star power move. By saying that the show, the most visible stage in all of culture, was “not about music,” she differentiates herself from Beyoncé, Bruno Mars, Katy Perry—recent halftime headliners who used flash and spectacle to make their tunes sparkle for TV’s biggest audience. She also sets herself apart from Rihanna, Drake, Carrie Underwood, Lady Gaga, Ariana Grande, Taylor Swift, Justin Bieber, Zayn Malik, and every other current megastar who was not asked, even though their splashiness is more Super Bowl-ready than Adele’s subtlety.

The announcement burnishes Adele’s status atop pop’s heap, and like all great attempts at mythmaking, it may fall short of precise truth. The NFL and halftime show sponsor Pepsi jointly claim that they’ve had conversations with many artists about the booking but made an offer to no one, which strikes me, based on my own past reporting, as exactly in line with the typical tradition. The Super Bowl halftime show is produced in close collaboration with both the league and the sponsor—making a firm offer to an artist with no interest in the gig, precluding any conversations about what the substance of the show might actually be or how that artist might work with the various interested parties involved, would be a very strange move. The Super Bowl is high-stakes enough to necessitate tight control; making an offer to an artist before actually discussing the show with her flies in the face of that.

The NFL and Pepsi’s statement makes a lot of sense, too, given that a booking will eventually be made. The nature of Adele’s superstardom is such that whomever gets the gig (Rihanna, the only member of a reported 2014 shortlist never to perform, seems as good a bet as any) will be seen as a second choice, a compromise the NFL had to make because true artists don’t. Adele may be playing a different game, musically, than many of her contemporaries, but it’s hard to believe she isn’t aware of this—that, the NFL’s attempt to defuse the situation aside, she’ll be a subject of discussion during an event where she isn’t even performing.

The thing about the NFL reaching out to Adele, though, is that it makes more sense than Adele herself seems to think. Yes, the show has been lately focused on contemporary pop acts, the sort that lend themselves to pyrotechnics of the figurative or literal sort rather than breakup ballads. But that’s a development that’s only five years old, kicking off with the Black Eyed Peas’ performance in 2011—a reaction to diminishing interest to the long stretch of legacy rock acts (including Paul McCartney and the Who) that began in 2005. That was a reaction to the scandalous 2004 Janet Jackson-Justin Timberlake “wardrobe malfunction,” the final act of an era of halftime shows whose irreverent, bawdy group performances punctured the earnestness of the movie-themed goof-offs of the 1990s. The Super Bowl halftime show may currently be “not about music” (a statement that leaves aside its launching of the single “Formation” just this year, but okay), but there’s no reason that is or should be permanent. Indeed, booking Adele would be a meaningful and interesting shift into a different sort of halftime show for a league that has gotten a great deal of mileage out of pop-star antics and might be ready for a change.

After all, no act in current music, however austere is just “about the music.” Adele’s act is fueled by visuals of a sort (stark backdrop and wardrobe), as well as by the sort of chatty banter with audiences that started this whole Super Bowl conversation in the first place. It may not be Beyonce’s 2016 Black Panther get-up or Katy Perry’s 2015 giant lion, but it’s an extra dimension that goes over and above the music. It’s hard to believe that’d be an act that’d play particularly well in Houston’s NRG Stadium and before a TV audience over 100 million, but still: As a super-successful music act with a carefully-thought-out stage show that appeals to the NFL enough to merit some exploratory interest, Adele may have more in common with Katy Perry than she thinks. 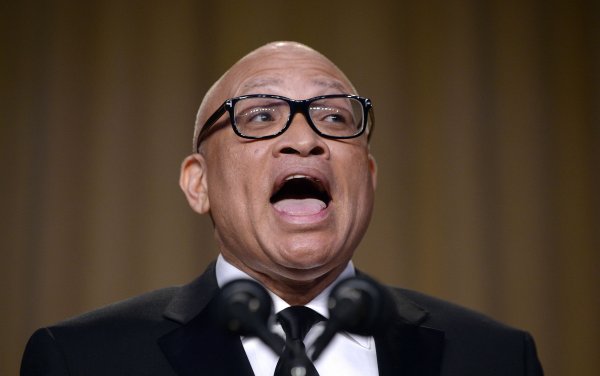