Final Fantasy XV‘s September 30 launch date is no more. Square Enix just kicked its epic fantasy for PlayStation 4 and Xbox One downfield two months to November 29, which means you’ll have to find something else to do during this year’s national food feting.

This is strictly about further shoring up the game, says Square Enix, attributing the delay to “polish” and “quality testing” so that “the reality of the game can match the expectations of both the fans and the creative teams.”

Director Hajime Tabata took to YouTube to explain further, in a dispatch filmed August 14 in London. Tabata says that the game has gone gold, and that he expects “the quality of this version will satisfy most players out there.” The team’s also created a new 30 minute gameplay video based on the gold version, due August 17.

That said, Tabata says the game isn’t quite at “that highest possible quality” he and his team are aiming for. In other words, Tabata wants to head off nitpicking by the game’s hardcore base. The plan was to do that with a day one patch, and yet he’s worried about players who lack Internet access, who’ll be unable to download it. What’s more, he says, even the day one patch falls short of his launch vision.

By moving the release date to November 29, says Tabata, the team can include both the day one patch, and more besides.

Which makes perfect sense to me. After waiting nearly a decade for the game’s arrival, what’s a few more months?

Note that the animated spinoffs, Kingsglaive: Final Fantasy XV and Brotherhood: Final Fantasy XV, are still due on August 30. Square Enix says it will “notify [at a later time] whether the releases for the disc version” of either “will be changed or unchanged.” 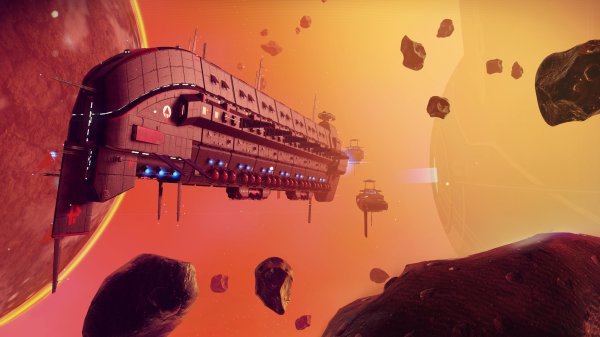 Here's How 'No Man's Sky' Looks in Glorious 4K
Next Up: Editor's Pick