The Times reported that the political party of Ukraine’s pro-Russian former president Viktor Yanukovych set aside $12.7 million in undisclosed payments for the campaign operative. Manafort responded to the report in a statement sent to NBC News on Monday, calling it “unfounded, silly and nonsensical.”

“I have never received a single ‘off-the-books cash payment’ as falsely ‘reported’ by the New York Times nor have I ever done work for the governments of Ukraine or Russia,” Manafort said, adding that any payments he did receive overseas were for his entire political team. “This suggestion that I accepted cash payments is unfounded, silly, and nonsensical.”

The Times report said anti-corruption officials are investigating the earmarked payments, which were recorded on a secret ledger, though they have not determined whether or not Manafort actually received any cash. Manafort said his work in Ukraine ended after the 2014 parliamentary elections.

The Hillary Clinton campaign has also responded to the report, saying the report raises questions about the Trump campaign’s ties to Russia. “Given the pro-Putin policy stances adopted by Donald Trump and the recent Russian government hacking and disclosure of Democratic Party records, Donald Trump has a responsibility to disclose campaign chair Paul Manafort’s and all other campaign employees’ and advisers’ ties to Russia and pro-Kremlin entities,” the statement reads. 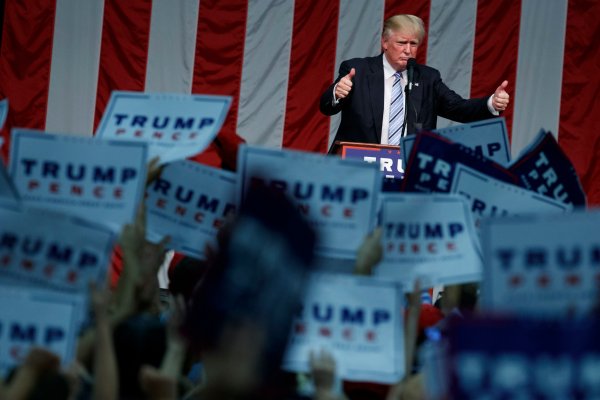 Trump Vs. the World
Next Up: Editor's Pick