U.K. tennis champion Andy Murray had a prompt response when a BBC presenter mistakenly called him the “first person to win two gold medals” for tennis.

“Well, to defend the singles title” Murray replied in an interview with John Inverdale after defeating Argentina’s Juan Martín del Potro on Sunday. “Venus and Serena [Williams] have won about four each.”

As he was quick to note, the victory has made him the first player in history to win two Olympic singles medals back-to-back — but not the first to win two gold medals in tennis. His comment has since won praise from British lawmaker Jess Phillips, and Scotland’s First Minister Nicola Sturgeon:

Inverdale has made a series of verbal blunders over the years. After Marion Bartoli’s 2013 Wimbledon victory, he told Radio 5 listeners: “Do you think Bartoli’s dad told her when she was little ‘You’re never going to be a looker? You’ll never be a [Maria] Sharapova, so you have to be scrappy and fight.” In 2016, he said Australian tennis player Nick Kyrgios— who is of mixed heritage— was like “a character from the Jungle Book.” 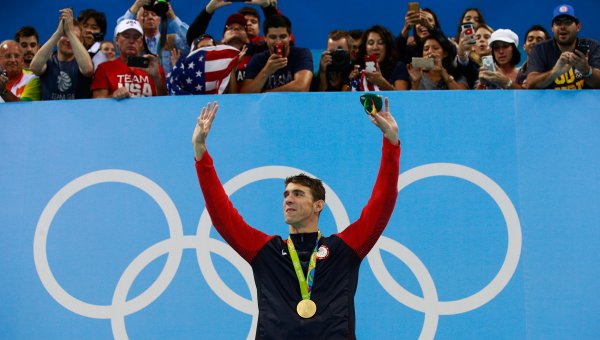 Experience Michael Phelps’ Joy When He Wins Each of His 23 Gold Medals
Next Up: Editor's Pick