On the verge of earning her country, India, its first medal at the Rio Olympics, Dipa Karmakar fell short of one by an agonizing 0.15 points. The South Asian nation’s only gymnast took fourth place in Sunday’s vault final, just behind Switzerland’s Giulia Steingruber.

She may not have won a medal, but her eye-catching performance at Rio 2016 — including a move known as the “vault of death” — have made her a symbol of immense Indian pride.

Speaking to the Press Trust of India, the 23-year-old struck an optimistic note and set her sights on the next edition of the Games. “For me this is my first Olympics,” she said. “But I don’t need to be disappointed, I will give my best in Tokyo 2020.”

Among those congratulating Karmakar on social media was ace shooter Abhinav Bindra, the first-ever Indian to win an individual gold medal at the 2008 Beijing Olympics.

Several of the country’s top athletes also hailed the young gymnast, as did politicians and celebrities.

Karmakar’s feat is made all the more remarkable by the uphill battle many athletes in cricket-obsessed India face, marked by poor infrastructure and a lack of world-class facilities — a fact not lost on star cricketer Virender Sehwag.

Her successful execution of the Produnova or “vault of death” even garnered praise from eventual gold-medal winner, star U.S. gymnast Simone Biles.

In a video posted on her newly established Twitter account shortly after the win, Karmakar thanked her coach, family and fans for their support.

She ended, fittingly, with a wish to her countrymen as they celebrate India’s Independence Day. 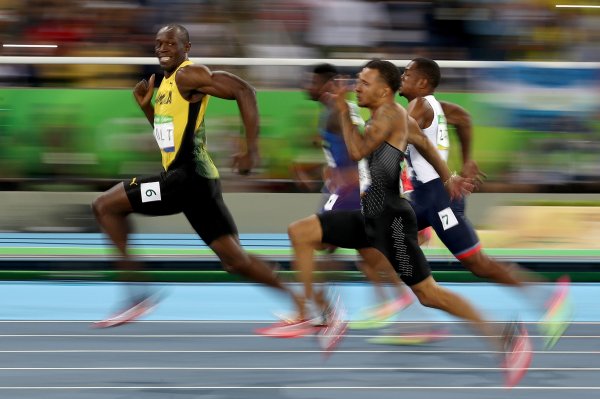 These Memes of Usain Bolt Show Just How Superhuman He Really Is
Next Up: Editor's Pick