The hundreds of thousands of athletes and tourists who poured into Rio de Janeiro for the 2016 Olympics all heard the warnings. There were more than 300 street crimes a day in Rio state––an 85% rise from 2012––and the flood of visitors offered ample targets for muggers, bag-snatchers and worse. Still, the threat felt more intense to many after U.S. swimmer Ryan Lochte and three teammates were held up at gunpoint on their way back from a party early Sunday.

“It’s very scary,” says Dalma Sebestyen, a swimmer from Hungary. She had planned to visit the Christ the Redeemer statue on Monday with some friends, but says she put off the trip out of concern following the armed robbery.

The incident occurred Sunday night, after Lochte and teammates Gunnar Bentz, Jack Conger and Jimmy Feigen left a party Sunday at France House in the Lagoa neighborhood, a roughly 40 minute drive from Olympic Park. They took a taxi at around 4:30 a.m. to return to the Olympic Village and were pulled over by what they thought were police. According to Lochte, who described the ordeal to NBC News, the men demanded that the athletes get on the ground and surrender their wallets. Lochte said that he initially refused, prompting one of the men to put a gun to his forehead and cock the trigger. All four were unhurt.

The brazen robbery of such a high-profile athlete has shaken athletes and spectactors alike. Some delegations, already concerned about security before the incident, went on higher alert. The Australian Olympic Committee is not allowing its 422 athletes to roam Ipanema or Copacabana beaches — two popular tourist areas — after 6 p.m. The Australians are not supposed to wear their team uniforms after 6 p.m., or travel around Rio by foot. They’ve been told to tuck their athlete accreditation cards in their shirts. The U.S. Olympic committee declined to detail specifics of its security protocols but says that it has reiterated them to members of Team USA.

Others were on edge before. Dianna Mann, the mother of U.S. water polo player John Mann, says she was almost victimized Wednesday in broad daylight. After watching her son play at the Maria Lenk stadium in Olympic Park, Mann was crossing the street alongside a volunteer from the water polo federation and her Brazilian host, at whose home Mann was staying until her family arrived, when someone grabbed her. “I was accosted; this man pulled my arm, flashed a badge and said he was going to arrest me for ticket scalping,” Mann said Sunday, as news of the Lochte robbery was making its way through Olympic Park. “I didn’t have any tickets on me of any kind. I spun out of his grasp, and he grabbed me again. My Brazilian host saved me; she literally physically blocked his body to allow me to get away, and started yelling at him in Portuguese.”

(Read More: This Gold Medalist Could Be the Next Ronda Rousey)

Mann says that when she and her host alerted National Force officers nearby, the military police brought in to boost security at venues, the man pretended to look at his phone and say that he had mistaken Mann for someone else. “The National Force couldn’t really do anything,” she says, “they have bigger things to worry about.”

Mann has since become extra-vigilant: she won’t venture beyond the Olympic stadium without her Brazilian host and takes the more expensive bus lines for Olympic ticket holders only. At the Park, she and her family were decked out in red, white and blue T-shirts with the stars and stripes, but brought a change of clothes and planned to switch before leaving the secure Olympic Park to return home.

Craig Madzinski, a cousin of U.S. men’s basketball coach Mike Krzyzewski, is taking similarly extensive precautions. During a conversation in Olympic Park, he wore two pairs of shorts and carried two cell phones, one a non-working dummy that he kept in his back pocket to surrender to potential muggers, and a real one which he kept in his inner shorts. He also kept money hidden in his shoe. A high school basketball coach, he’s worked in central Africa and Burundi, and says it’s important to be ready. “I’m always prepared it somebody wants to take something, I have something to give them,” he says.

For the Anderson family from Livermore, Calif., being safe in Rio means the buddy system. “We don’t go anywhere alone,” says Katherine Anderson, a sales representative who came to the Games with her husband, her daughter and son, and her daughter’s friend. The girls also wore emergency whistles around their necks. For all their preparation, however, the family has had a carefree experience. “We have not felt threatened at all, or worried about security,” she says. “We ride the metro everywhere and feel very safe. You just have to be observant.”

Others felt the same way. “We’ve been out walking around until two in the morning,” says Dan Giblin of Jacksonville, Fla., who is in Rio with his wife, Rita. “There is tons of police presence out there. It’s bad, yes, but in big cities, that’s unfortunately the way the world is right now.”

That attitude was echoed by athletes in the Olympic Village Monday. “Something like this can happen anywhere in the world, at any time,” says Hamish Bond, a rower from New Zealand. “You can find a needle in a haystack anywhere.” While Bond has followed protocol and checked in with team management when leaving the village, the robbery has not altered his plans to explore Rio. “You can’t stop living your life just because Ryan Lochte got robbed,” he says.

“You have to experience the city,” says Jamial Rolle, a 100-m sprinter from the Bahamas. “But this is going to make me more cautious, that’s for sure.” 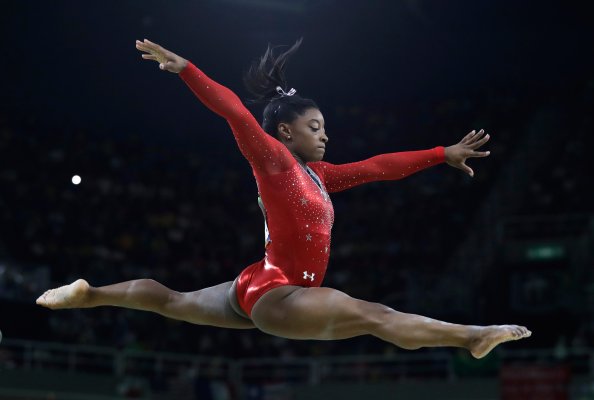