As you gear up for the start of school in a few weeks, check out whether your state has a tax holiday.

While most of the 17 participating states have already held their tax holidays this year, Maryland and Connecticut will offer promotions over the last weeks in August for shoppers to stock up on school supplies, new clothes, footwear, books and gadgets without losing money to state and local authorities.

Maryland will have its tax holiday from August 14 to August 20, while Connecticut will hold its from August 21 to August 27. In both states, clothing and footwear items priced at $100 or less will qualify as tax-free purchases.

The list of items varies from state to state. For example, in Alabama, which had its tax holiday from August 5 to August 7, shoppers could buy books $30 or less, school supplies $50 or less, clothing $100 or less and computers and software $750 or less. 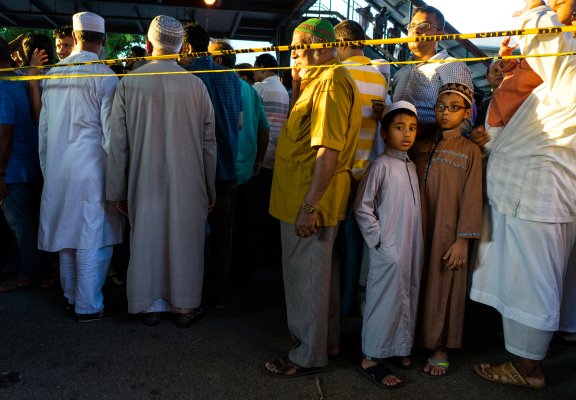 People Offer to Accompany Muslims to Mosques
Next Up: Editor's Pick