Why Are People Left-Handed?

It’s International Left-Handers Day, so it’s time to give left-handers some overdue appreciation.

There was once a time (a long time ago), when people believed that being left-handed meant a person was more prone to “dealings with the devil” and that the trait should be corrected, according to the New York Times. Thankfully, the prejudice is gone, but people are still curious—why do some kids grow up left-handed versus right-handed?

Numbers suggest that about 90% of people are right-handed, and 10% use their left hand predominantly. Notable left-handers include President Barack Obama, Bill Gates and Oprah Winfrey. Some researchers believe that being left-handed is at least partially related to genetics, though it’s likely not the full story.

One 2013 study, published in the journal PLOS Genetics, identified genes and gene mutations that can influence the development of “left-right asymmetry in the body and brain,” Smithsonian.com reports. It’s possible that some of these genes are related to handedness. But some experts say they think genetics is responsible only 25% of the time, and that handedness may be pretty random. As the Atlantic reports, some researchers believe that being left-handed may be a trait that has continued through time because it gives some people an advantage during fighting.

While experts are still sorting out the reasons, scientists have shown that there doesn’t appear to by any differences between right and left-handed people when it comes to personality traits like extraversion, agreeableness, conscientiousness, emotionality and openness to experience.

While there are advantages to being left-handed, especially when it comes to sports, there’s also the disadvantages (like getting elbowed during dinner). So make sure that left-handed person in your life is having a happy holiday. 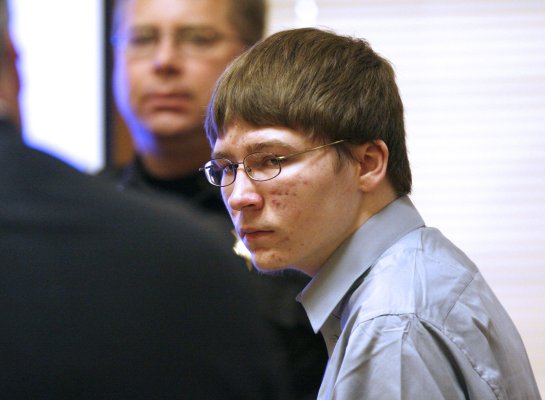 What to Know About Brendan Dassey Going Free
Next Up: Editor's Pick