Katie Ledecky leads the field in the Women's 800m Freestyle Final on Day 7 of the Rio 2016 Olympic Games, on August 12, 2016.
Dean Mouhtaropoulos—Getty Images
By Alexandra Sifferlin

U.S. swimmer Katie Ledecky, 19, won the 800m freestyle on Friday by a massive margin—more than 11 seconds—to beat her own world record and make history.

“Ledecky made a statement with each lap, pulling first half-a-body-length then a full body and finally, by the last lap, several lengths ahead,” TIME reported. (As seen in the photo above, she was well ahead of her nearest competitors during the race.)

This was Ledecky’s fifth medal at the Rio 2016 Olympics, and her fourth gold. Her final time, 8:04.79, was about two seconds ahead of her previous world record.

What’s next for the fastest swimmer in the world? Ledecky will head to Stanford University to start her freshman year of college. 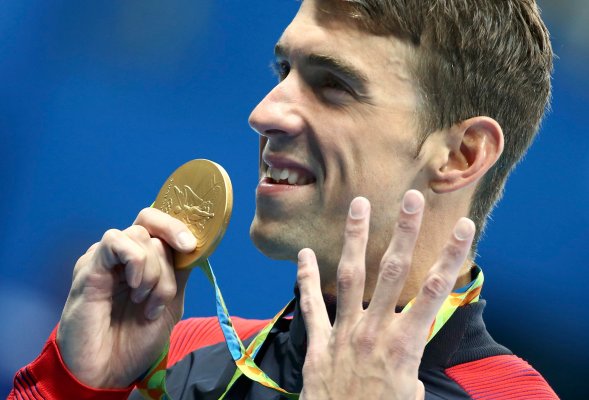 Why Olympic Swimmers Win the Most Medals
Next Up: Editor's Pick