The Freeing of Brendan Dassey Isn't Making a Murderer's Victory

The Netflix documentary series Making a Murderer was at its most effective when it shifted its focus to the sad plight of Brendan Dassey, an unfortunate young man who seemed to the layman’s eye not culpable for anything more than naiveté about how the legal system swallows up lives. So the news of his conviction for participating in the murder of Teresa Halbach, among other charges, having just now been overturned will, among many other things, be cause for celebration among the show’s fans.

This news, the freeing of a young man who just last year was depicted in a widely-discussed documentary series as the ultimate victim of injustice, represents a meaningful achievement on the part of the true-crime genre. Or it doesn’t. As with all things true crime, there’s a great deal of ambiguity here.

After all, the case that Making a Murderer builds is that Dassey, as well as his uncle Steven Avery, are the victims of a miscarriage of justice. A real-world outcome that ratifies at least part of this hypothesis of the show works toward making it a success. But to read Dassey’s overturned conviction as a sign of the show’s impact, as I expect the same lacking-in-judgment Making a Murderer fandom that made a “sex symbol” of defense attorney Dean Strang will shortly do, is to my eye a misreading of what Dassey and the show gave one another.

In the form of Dassey, two documentarians making a story about miscarried justice had an almost perfect subject. The show isn’t about him—Avery is the alleged titular murderer who was “made” in the public imagination by media coverage and jury prejudice—and yet the long, tangential looks at Dassey’s ordeal, forced into a situation he’s not equipped to comprehend and given little meaningful help by his legal defense, come to feel far more gripping than the show’s main story. One gets the sense that documentarians Moira Demos and Laura Ricciardi realized at some point deep into filming that Dassey’s was the story that more eloquently spoke to the ideas about the legal system’s flaws that they tried to force through in Avery’s deeply imperfect case. Rather than redirecting, they just included as much Dassey footage in their project as made sense, and then a great deal more, as though the proximity of the two cases would shed a halo of justice utterly denied onto Avery’s knotty, hard-to-suss-out story.

The more time Demos and Ricciardi lavish on Avery’s story, paradoxically, the more difficult it is to fully believe he had zero involvement in the murder for which he’s convicted, whereas Dassey is a genuine find for two documentarians. He’s so much a perfect case of injustice that it’s easier to make a case that Dassey was so maltreated that he’d have eventually been freed than it is that hearts and minds were changed by a documentary series whose open flouting of its agenda likely turned off viewers predisposed to believe the prosecution. Granted, exonerations are not common, but a TV shows this explicitly catering to viewers predisposed to the defense winning over mainstream viewers predisposed to the prosecution seems next to impossible.

I’m no particular fan of true crime, a series that chews up real dead bodies and spits out luridity—and whose fans often metabolize as camp, making morbid jokes about sexy Strang or the Crab Crib. But I can acknowledge what the genre does right, and what it gets wrong. While Dassey’s plotline was riveting, it fell short of art, because like Avery’s it so programmatically had a “right” answer to which the audience was meant to arrive. That the justice system caught up with all of us viewers feels satisfyingly like a piece of the universe clicking into place, but says little for the show as a show other than that it found a good subject in its story’s background.

If this development gives Making a Murderer fans anything other than an “I knew it!” sense of satisfaction, perhaps it could be a reminder that the justice system runs on the basis of piles of evidence that is in some part unavailable in an edited-together documentary series, and judges operate on more than hunches incubated on the couch and blooming on subReddits. Dassey’s conviction exists in the world in which we live, not the one Demos and Ricciardi, like all documentarians, built out of selected footage. That one part of their world is congruent with ours means they found a good subject. But Steven Avery’s appeal remains unresolved, despite the ardent hopes of fans convinced not just that he’s not guilty, but that he’s innocent. If Dassey’s exoneration is proof of the series’s impact, Avery’s continued incarceration is the counterargument—that true crime is at its best when it tells a story, not forces an outcome. 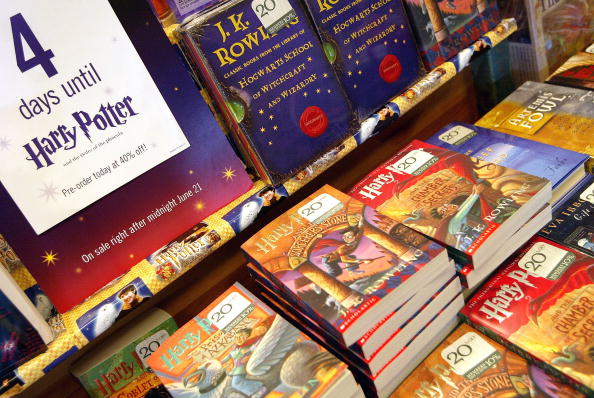 How a Typo in Your Harry Potter Book Might Be Worth Thousands of Dollars
Next Up: Editor's Pick