A Florida mother has been charged with murder after her 6-year-old son allegedly beat his 13-day-old baby sister to death, PEOPLE confirms.

On Monday, the mother-of-three left her newborn, also named Kathleen, in her car with her two older brothers, 6-year-old Frankie and 3-year-old Philip, for 38 minutes as she ran errands. While Steele was in a cell phone shop, the infant started crying. Steele’s eldest son allegedly removed his newborn sister from her car seat and beat her to death.

“[Frankie allegedly] slammed her head onto the ceiling, banged her head on the floor and dropped her numerous times, which ultimately led to the baby’s death,” according to a news release.

“[The beating] was one of the worst things that I’ve ever seen,” Pinellas County Sheriff Bob Gualtieri said at a press conference Thursday, describing the baby’s damaged skull as “mush.”

“This kid’s face was a mess,” he continued.

When Steele got back into the car, Frankie allegedly told her that the baby’s condition was “serious.” Steele allegedly ignored her son’s comment and went to run another errand.

Steele did not notice that the baby was unresponsive until she got home and went to take the newborn out of the car.

“When she returned home [Steele] realized her daughter was unresponsive,” the news release states. Gualtieri described the badly beaten baby as purple, blue and “cold to the touch.” Authorities believe the child was dead by the time the family left the cell phone store’s parking lot.Steele brought the infant into her home and called a neighbor who is a registered nurse and lives on her street. The neighbor began CPR on the infant and called 911, according to the news release.

Investigators did not learn of the baby’s violent death until they interviewed Frankie who described to them what he had allegedly done.

At a press conference on Thursday, Sheriff Bob Gualtieri detailed how Steele had become pregnant with her daughter at 62.

According to Gualtieri, last year, Steele was artificially inseminated with her late husband’s sperm by a doctor in New York. She had had the procedure before in 2012, which resulted in the birth of her second son. Her late husband died of cancer in 2011, Gualtieri said. He was 63. The couple conceived one child together before the husband died.

“By numerous witness accounts, Kathleen Steele was an inattentive parent and Frankie and Philip were largely unsupervised and had very serious behavior issues,” Gualtieri said.

In late July, Gualtieri says, there was a fire at Steele’s home that forced the family to live in a hotel room. One night, during a fire alarm, Steele accidentally tripped and dropped the baby. The newborn struck her head and was taken to a local hospital in St. Petersburg. The baby allegedly suffered from a minor brain bleed.Pinellas County deputies were notified of the accident and after a thorough investigation determined that there was no evidence of abuse and the incident at the hotel appeared to be accidental. On July 31, the infant was released from the hospital with the agreement that deputies would visit Steele and her family on Aug. 1. However, Steele cancelled the appointment and rescheduled the appointment for Aug. 10, two days after the infant died.

On Aug. 2, authorities were called by an unidentified individual claiming all three children were unsupervised. Deputies conducted a home visit and determined there was no evidence of inadequate supervision at that time, Gualtieri says.

On the day of her daughter’s death, Steele brought her baby to a pediatrician concerned that she was not eating enough. The pediatrician told Steele the newborn was fine and later told authorities the baby appeared unharmed.

Steele allegedly told authorities she had planned to use the rest of her late husband’s frozen sperm to have another baby, hopefully a son, Gualtieri said: “Something is seriously messed up with that.”

“Those of us that have been doing this in this business for a very long time have never seen anything like this,” he adds.

Due to his age, Frankie will not be criminally charged with his sister’s death. Steele is currently being held at the Pinellas County jail. She is schedule to appear before a judge this afternoon and has not yet been assigned an attorney, Pinellas County District Attorney officials tell PEOPLE. 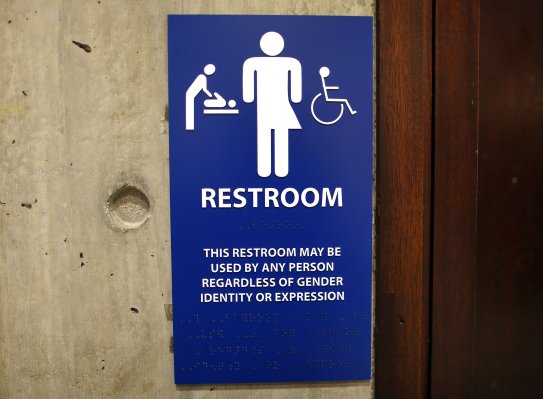