Someone Already Got Michael Phelps’ Game Face Tattooed on His Body

Phelps face is already a tattoo.

After a camera in the ready room captured Michael Phelps’ intense stare while Chad le Clos did his little dance before Monday night’s 200-meter butterfly race, the image became social media’s meme of the moment, and now it’s permanently inked on a Phelps fan’s body.

Tattoo artist Livia Tsang told TIME that she gave Ricky Fung, co-founder at Chronic Ink Tattoos in Toronto, the tattoo “because he’s first and foremost a big Phelps fan, but also because of his work ethic and perseverance,” she explains. The tattoo is apparently no joke, Fung admires the groundbreaking Olympian’s concentration.

“When we chose the image, we had a bit of a laugh about it, but he told me that he wanted it because it showed his moment of focus before the race.” Tsang had to work from a zoomed-in screen shot to create the tattoo, which was challenging. “The most important thing was to really capture his eyes.”

This is the face of swimming that will always live on.

See some of his face’s greatest hits below. 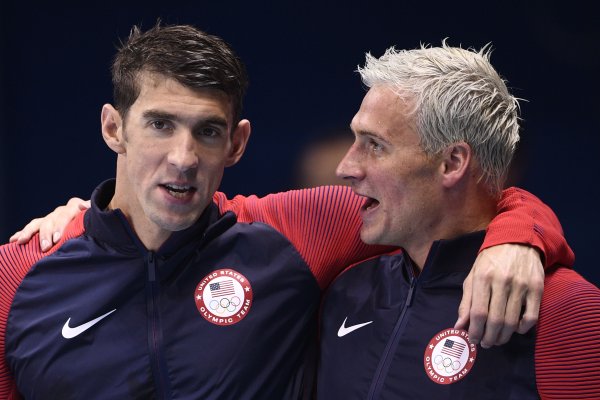 Ryan Lochte to Michael Phelps: 'I'll See You in Tokyo'
Next Up: Editor's Pick