Don’t expect to see the Final Five on any of the iconic orange Wheaties cereal boxes this summer.

Historically, Wheaties has featured Olympic gymnasts on their boxes, but this year General Mills was not an official sponsor of the gymnastics team or the games, a spokesperson for General Mills told TIME.

But this marks the second consecutive Summer Games that Kellogg’s had a major endorsement win over the General Mills owned Wheaties. Kellogg’s is a sponsor of the USA Gymnastics and the United States Olympic Committee, according to Yahoo, so the company was able to lock in Biles and her teammate Gabby Douglas, both of whom are Olympic all-around gold medal winners, for the face of their cereal boxes.

The box features Biles on one side, and a picture of Biles and the rest of the Final Five on the other.

During the Today Show Friday morning, the team revealed the new design.

“We’re excited to continue the time-honored tradition of showcasing America’s champions on Kellogg’s cereal boxes following their remarkable success at the 2016 Olympic Games,” said Noel Geoffroy, Senior Vice President, Marketing & Innovation for Kellogg’s U.S. Morning Foods. “By highlighting what gets her started each day–the support of her teammates–Simone has shown us the daily motivations that drive her to be the best gymnast in the world and helped her reach her full potential at her first Games.”

In the past, Wheaties featured three other American women to win all-around gold in gymnastics on its boxes. Mary Lou Retton, who was the first woman to appear on the front of a Wheaties box, appeared in 1984. Retton was followed by Carly Patterson and Nastia Liukin in 2004 and 2008, respectively. Yahoo reports that General Mills has yet to announce if it will put a current Olympian on the Wheaties boxes. 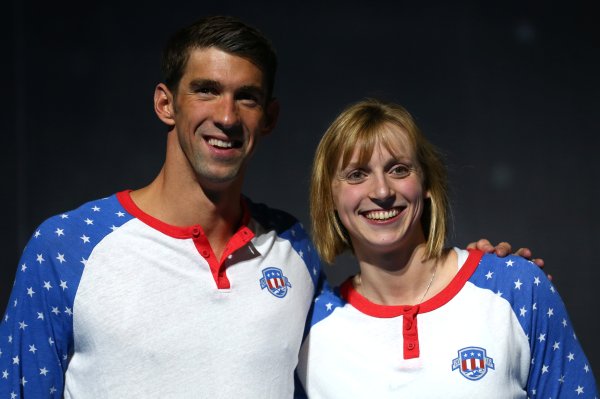 If Maryland Were A Country, It Would Have The Third-Most Olympic Gold Medals
Next Up: Editor's Pick