Four months since the so-called “Panama Papers” made global headlines, Panama continues a path of reform aimed at improving financial transparency and closing loopholes exploited by foreign tax cheats. Among our steps, we established an independent committee to examine Panama’s laws and regulations and make recommendations for strengthening them. While we are disappointed that two members of the Committee—Joseph Stiglitz and Mark Pieth—chose to resign, the work of the group must continue unabated and undaunted by charges made by the pair in this publication and elsewhere.

Tax evasion is not a Panamanian problem but a global problem. And yet we know that Panama has a role to play in leading the international efforts for greater financial reform and transparency. That is why, following the leak of thousands of documents from international legal firm Mossack Fonseca, Panama quickly established an Independent Committee to analyze the steps needed to further enhance the transparency of Panama’s legal and financial frameworks.

We regret the sudden departure from the Committee of two of its members, Stiglitz and Pieth, as well as their subsequent statements in an article for TIME, many of which we strongly disagree with.

We are particularly disappointed by their attempts to alter the agreed-upon mandate of the Committee and use it for their own purposes. Stiglitz and Pieth agreed to a carefully delineated scope that the other members of the Committee—the majority—remain committed to, namely, to assess Panama’s legal and regulatory weaknesses and recommend ways to close any loopholes that can be exploited by foreign tax cheats. The two former Committee members simply cannot change the rules of the game by attempting to expand the scope of the mandate from domestic to global and revising the clearly defined and agreed to process of submitting the report, slowing the work of the Committee and the implementation of domestic reform.

Furthermore, contrary to Stiglitz and Pieth’s insinuations, the Government of Panama has complied with every single request by the Committee for information and access to policymakers. The Government has already adopted several recommendations the Committee made to us, including committing to the OECD’s progressive international standards for transparency and signing the Multilateral Convention on Mutual Administrative Assistance in Tax Matters.

The Government has also committed to making the Committee’s final report public, despite unfounded accusations to the contrary by the former members.

Importantly, the Committee is not a stand-alone effort. It is reflective of President Juan Carlos Varela’s long-standing commitment to transparency, and is a natural continuation of his reform campaign that was started on day one of his administration two years ago, well-before the leak of documents.

In those two years, our many reforms have been recognized by the global community, and resulted in Panama being removed from an international financial gray list in record time last year. We have also begun negotiations with a number of countries to expand our agreements on automatic tax information sharing.

And yet much work still remains ahead. Panama was the victim of decades of global abuse and domestic corruption. Complete reform and the rooting out of corruption unfortunately cannot be achieved overnight, or without a common commitment from the international community. That is why the Committee’s work can and must continue, as it represents our government’s commitment to helping solve a global challenge that robs the world of billions of dollars in needed tax revenues.

We have full confidence in the members of the Committee—who are well-respected domestic and international experts–to continue their important work. We expect them to deliver nothing less than an honest, accurate, and independent assessment of Panama’s system and how it can better promote transparency. We will continue to fully cooperate with all of their requests while ensuring their independence and autonomy.

From major improvements in economic development to further modernizing global trade through the recent expansion of the Panama Canal, we have made groundbreaking progress in becoming a country of growth, stability, and inclusion. We have worked to strengthen our transparency, and we will continue strong in that path. The people of Panama deserve nothing less. 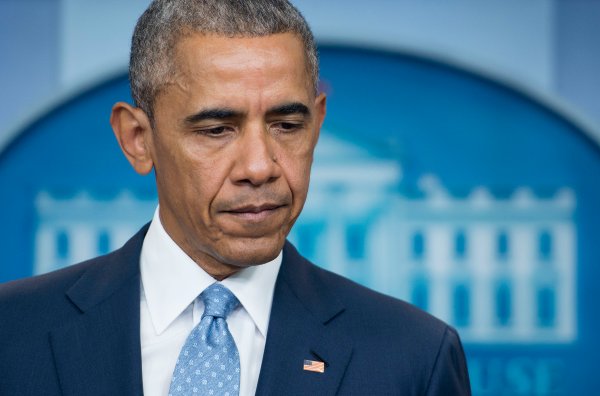 How Obama Failed Women Raped in War
Next Up: Editor's Pick