Venus May Once Have Been a Garden Planet

One of the hard facts of our solar system is that even with eight perfectly nice planets, Earth remains the only house on the block with its lights on—at least in terms of life. Mars, it’s increasingly clear, was once a warm, watery planet and had a shot at cooking up biology, but only until numerous environmental cataclysms turned it dry and cold.

Now, according to environmental models run by NASA’s Goddard Institute for Space Studies (GISS) and reported in Geophysical Research Letters, Venus coulda’ been a contender too. For up to two billion years, the investigators believe, our cosmic neighbor may have been an entirely hospitable place for life.

If Venus was indeed once habitable, you wouldn’t know to look at it today. Its surface temperatures climbs as high as 864º F (462º C) and its atmosphere—almost entirely carbon dioxide—is 90 times thicker than ours, leading to a runaway greenhouse effect. Yet Earth and Venus formed out of the same primordial cloud, are almost the exact same size and are located in at least a similar proximity to the sun. If we have liquid water it’s highly likely Venus once did too—a fact confirmed by American space probes which found chemical signatures of water in the Venusian atmosphere.

What’s more, Venus’s surface also features elevated land masses and comparatively shallow ocean basins like Earth does, meaning that water on the surface would have had places to pool. But Venus has problems too.

For starters, its greater proximity to the sun means it receives 40% more heat and light than Earth does. At first, that wasn’t a problem since the sun was 30% dimmer in the early days of the solar system, but its brightness—and heat—increased over time.

Worse, Venus’s rotation is exceedingly slow; a single Venusian day takes about 117 Earth days. Such a slow day-night cycle means a sort of permanent rotisserie spin, with the fires of the close-in sun broiling the planet slowly on all sides. Earth’s much speedier rotation never lets any one part of the planet get heated for too long.

For a long time, investigators blamed the slow spin on the thick atmosphere, with solar gravity pulling on the heavy air and producing a kind of tidal braking. But if that’s the reason Venus rotates so slowly it means the planet has always had that dense atmosphere; and if it’s always had that dense atmosphere, it’s always been too hot for life. This is where the new theory begins to depart from the old ones.

Using computer simulations similar to the ones environmental scientists use to study global warming on Earth, the Goddard researchers fed in alternate models of an early Venus with a thinner, Earth-like atmosphere and a slow rotation caused by other factors, including solar gravity locking on the planet’s land mass, not its atmosphere. That would have meant a cooler Venus at least at first.

“In the GISS model’s simulation, Venus’s slow spin exposes its dayside to the sun for almost two months at a time,” said Anthony Del Genio, a co-author of the paper, in a statement that accompanied its release. “This warms the surface and produces rain that creates a thick layer of clouds, which acts like an umbrella to shield the surface from much of the solar heating.”

But the good times couldn’t last. As the sun brightened, the Venusian greenhouse began to heat up, with the water on the surface evaporating into the atmosphere and from there breaking up into hydrogen and oxygen. The hydrogen sputtered into space, never to be seen again. Making things worse, if Venus ever had plate tectonics, the process would have begun grinding to a halt, due at least in part to the lack of water to keep the upper mantle viscous. Without tectonics, carbon in the atmosphere can’t be recirculated underground, worsening greenhouse conditions.

If there is any good news to come out of the Venusian apocalypse, it’s that the balmy conditions may have existed at all and if they did, lasted so long. Two billion years is more than twice as much time as it took for biology to emerge on Earth. According to some theories, as conditions worsened on Venus, microbial life might have migrated to the planet’s more temperate cloud tops—similar to the way bacteria clinging to microscopic particles are often found in Earth’s upper atmosphere.

That’s a biological long-shot, and floating microbes are hardly an intelligent civilization. Still, for lonely Earthlings longing for cosmic company, even a little bit of nearby biology is a promising start. 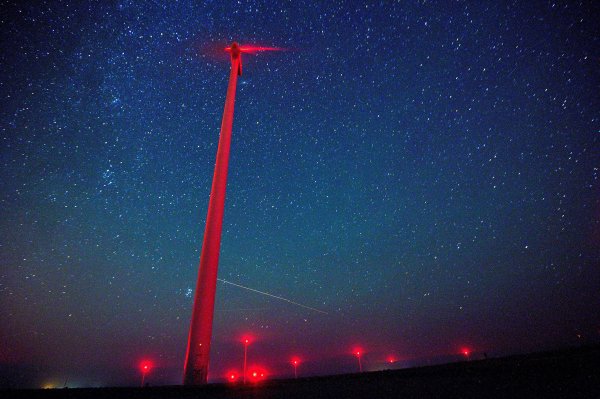 These Are the Best Photos of the 2016 Perseids Meteor Shower
Next Up: Editor's Pick