Any regular flyer will have experienced turbulence and probably dismissed it as nothing more than a few minutes of stomach-lurching discomfort.

Spare a thought then for the 24 people hospitalized following a JetBlue flight affected by poor weather, an incident that proves turbulence has the capacity to be far more serious than just a few airborne bumps and jolts. The flight was forced to make an unexpected landing while en route from Boston to Sacramento Thursday evening, with a passenger telling NBC News that it “got really rocky”. The 22 passengers and two crew members taken to hospital have since been treated for minor injuries and released.

But what exactly causes the phenomenon, and how scared should you be? Here’s a quick explainer:

What causes turbulence?
Turbulence is when unexpected air movement results in bumps and jolts to an airplane. It can be caused by wind, thunderstorms, atmospheric pressure, and proximity to mountains. It can also occur when the sky appears clear (Clear Air Turbulence – or C.A.T.) when cold and warm air comes together, normally at altitudes of 7,000 to 12,000 meters. As warm air is lighter than cool air, it rises while the cool air descends. When a plane encounters this varying airflow – also known as air pockets – it can feel bumpy, even though it looks calm outside the window.

Can it be detected ahead of time?
Turbulence generally cannot be seen or detected on radar, and therefore it’s impossible to accurately forecast when it’s going to occur and how serious it will be. However, pilots are in constant communication with air traffic control, who will feed back reports from other aircraft about conditions ahead. They also study pre-flight weather reports to give them an idea of when and how it will occur.

How common is it?
A bumpy flight is extremely common. To a pilot, dealing with turbulence is as much the norm as a driver experiencing an odd bump in the road on the way to work, as British Airways captain Steve Allright told the U.K.’s Daily Telegraph last year. “Every day I fly, I expect a small amount of turbulence,” he said. “It is part of flying, and is not to be feared.”

How serious can it get?
Turbulence is the most common cause of injury to air passengers, but very few of these injuries are serious. According to data by the Federal Aviation Administration, from 1980 to 2008, U.S. air carriers had 234 turbulence accidents, resulting in 298 serious injuries and three fatalities. When you consider that there are over 87,000 flights in the U.S. per day, according to the National Air Traffic Controllers Association, that’s a remarkably low number of accidents.

Should I be worried about it?
Turbulence is extremely common but fortunately there’s a way to mitigate the effects — wearing a seatbelt. Two of the three fatalities recorded by the FAA involved passengers who were not wearing their seatbelts while the seat belt sign was illuminated, and 58 people in the U.S. are injured by turbulence every year while not wearing their seatbelts. In addition, of the 298 serious injuries, 184 involved flight attendants, many of whom were presumably not strapped in at the time.

So before you start canceling your summer vacation plans following the JetBlue news, why not just make sure your seatbelt is fastened instead? 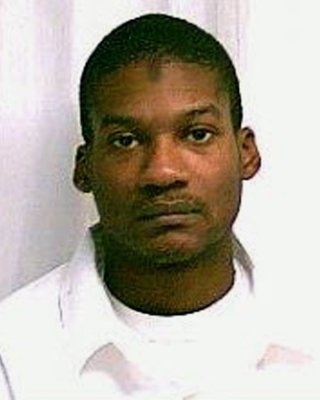