The FBI alerted the Royal Canadian Mounted Police (RCMP) that a suspect pledged allegiance to ISIS over video and was preparing for an “immediate attack” in Canada, police said according to the BBC. Authorities identified the suspect as Driver, 24, who had already been under a court order restricting his movements and was being monitored by police after he was arrested for backing ISIS online last year.

“Obviously it was a race against time,” said RCMP Deputy Commissioner Mike Cabana at a news conference Thursday.

According to Cabana, they quickly found Driver in a taxi in Strathroy, Ontario, when he detonated an explosive device in the back of the cab and injured both himself and the taxi driver. He was about to detonate a second when police officers shot and killed him.

In the video the FBI gave police, Driver wore a mask and expressed his plans to carry out an attack. “You will pay for everything you brought against us,” he said.

Correction: The original version of this story misidentified the terrorism suspect killed by Canadian police. He was Aaron Driver. 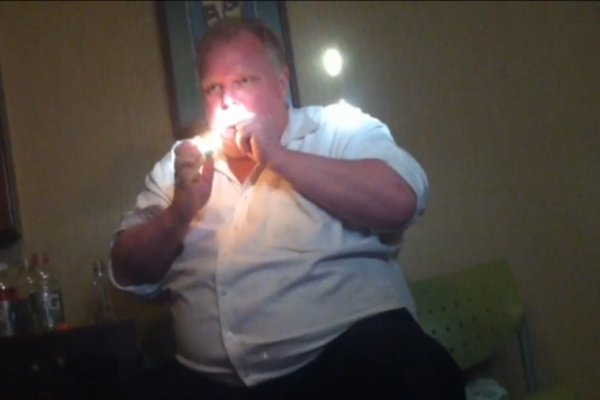