Ryan Lochte: 'I'd Be the Michael Phelps of Swimming If He Wasn't There'

Ryan Lochte has always been the ultimate sportsman when he talks about Michael Phelps, the superior athlete who he refuses to call his rival, and now he’s gifted everyone with the quote of a lifetime about his teammate-competitor.

Is he super pumped that Phelps is exemplifying American excellence in general, beating a 2,168-year-old record and scoring more gold than anyone ever? In a pre-dye job interview NBC released Thursday before the two Olympic Village roommates compete in the 200-meter individual medley on Thursday night, Lochte answers truthfully in a way that washes over you like champagne rain drops.

NBC to Lochte: “Are you glad that Michael’s been around in your era?”

Lochte: “Yes and no. My career would definitely be different. I guess you would say I’d be like the Michael Phelps of swimming if he wasn’t there. But at the same time I love a challenge, and that’s why I do the events that I do and going up against him is a challenge.”

Congratulations as always to Phelps, and Locthe, congratulations on being the Ryan Lochte of self-knowledge, honesty, and telling faces. If Phelps keeps his promise to retire after Rio, Lochte could take his place.

Watch the rest of the interview here. 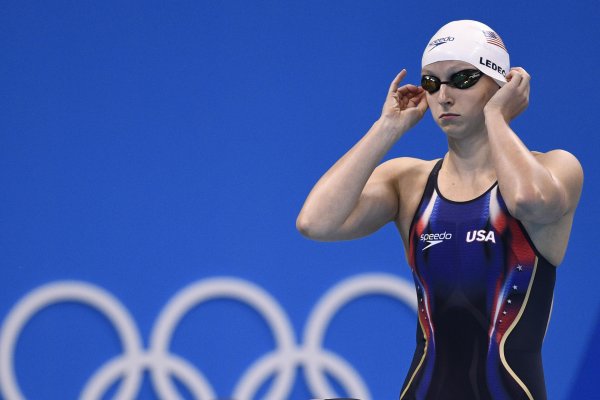