7 Scientific Effects of Marijuana That Experts Want to Study

On Thursday the U.S. government announced that marijuana would continue to be classified as a Schedule 1 drug, meaning it has a high potential for abuse. However, the feds are allowing more research on marijuana’s medicinal uses by making it easier for researchers to grow it.

Many researchers, both those who view marijuana as beneficial and those who are skeptical, argue that the government’s stance still hinders research. “I understand the cautious nature of the government, whose role is basically to protect its citizens, but it is disappointing that marijuana continues to be included on the DEA’s list of the most dangerous drugs,” says Dr. Yasmin Hurd of Mount Sinai, who studies the effects of marijuana on the brain.

Though more than 20 states have legalized marijuana for medicinal uses, there’s still a lot scientists don’t know about it. “It’s actually quite amazing how little we really know about something that has been used for thousands of years,” says Sachin Patel of Vanderbilt University who studies cannabis. “We desperately need well-controlled unbiased large scale research studies into the efficacy of cannabis for treating disease states, which we have very little of right now. Without these studies we are basically flying blind with regard to medical marijuana in my opinion.”

Scientists argue that studying marijuana is safe, and researching it shouldn’t be such a difficult process. “A question that is not on the lips of researchers is whether or not the consumption of cannabis-based medicines is safe,” says Gregory Gerdeman, an Assistant Professor of Biology at Eckerd College. “In the biomedical research community, it is universally understood that cannabis is a very safe, well-tolerated medicine.”

Here’s what researchers tell TIME they want to know about marijuana.

Is marijuana an effective cancer therapy?
“It is already widely understood that marijuana is valuable and safe as a palliative medicine, which undermines the tenets of the Schedule 1 status,” says Gerdeman. “But additionally, there are anecdotal patient reports, increasing numbers of legitimate clinical case studies, and large amounts of preclinical studies that all indicate tumor-fighting activities of cannabinoids, and with great mechanistic detail.” Gerdeman says he wants to know whether herbal marijuana is effective in cancer therapy, and if it is, for what cancer types.

What does it do to the brain?
Studies have shown small structural changes in the brains of people who use marijuana, and researchers say there is little doubt that using marijuana has effects on the brain. However, whether those changes are actually bad, remains unknown. “This is an important question with tremendous policy implications,” says Gerdeman. “While the media interpret such [changes] de facto as evidence of damage, they are within the range of normal human variation as far as we currently understand.”

What dosage or strains have the best use in medicine?
Researchers say they want to know more about how much marijuana is needed to treat a person’s disorder, and for how long. “Like all drugs, FDA-approved therapeutics or recreational, marijuana will have some unwanted side effects,” says Sinai’s Hurd. In addition, researchers are still looking into what strains are most beneficial and whether a person needs the whole plant, or just one compound.

Can marijuana help brain and cognitive problems?
Some researchers, like Gerdeman, want to study whether marijuana could stave off Alzheimer’s disease or even mitigate brain damage from stroke or concussions. One 2014 study suggested a compound in marijuana could slow the production of proteins that accumulate when a person has Alzheimer’s.

What about anxiety?
There’s some evidence suggesting marijuana could help people with anxiety, but the relationship is still not well understood. “Without the clinical trials it may be a long time before we know for sure,” says Patel.

Can pot help end the opioid epidemic?
As TIME has previously reported, several doctors are interested in the use of marijuana as an alternative or adjunct to opioids, since the U.S. is currently in the midst of an epidemic of painkiller addiction. “If you give [opioids] alongside cannabis, there is a synergistic effect which means you can give less of the opioid and or you can give the opioid for a shorter period,” says Dr. Lester Grinspoon is Associate Professor Emeritus of Psychiatry at Harvard Medical School. A 2016 study found doctors in a state where marijuana was legal prescribed an average of 1,826 fewer doses of painkillers per year.

Are there long term consequences of using pot?
Scientists also want to understand whether marijuana can cause any effects over the long term, since some people may use the plant medicinally for some time. “What are the effects on the developing brain?,” says Hurd. “This is a particularly important question for me since our preclinical studies suggested that prenatal and adolescent THC exposure can have long-term impact into adulthood long after the drug was administered.” 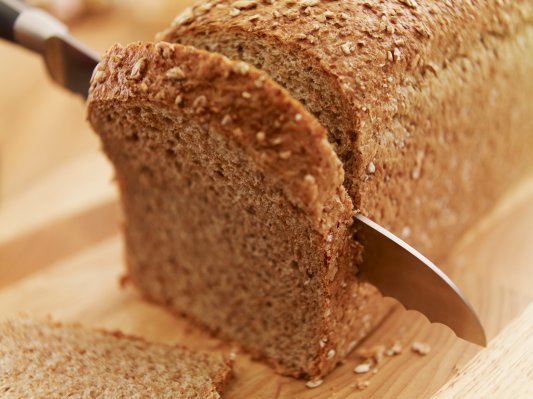