Muslim Woman Sues Chicago Police for Ripping Off Her Hijab

A Muslim woman sued six Chicago police officers and the city of Chicago for religious discrimination for pulling off her hijab when she was arrested in a CTA stairwell.

Itemid “Angel” Al Matar filed her federal lawsuit Thursday. She claims she was falsely arrested on July 4, during Ramadan, when she was trying to catch a train to return home and break her fast by sunset. A YouTube video of the incident shows officers tackling Al Matar while she climbed up the stairs. Al Matar says police grabbed her, “pulling at her and ripping off her hijab,” the Chicago Sun-Times reports.

According to CAIR-Chicago, police also verbally taunted her and publicly stripped her to her underwear while she was handcuffed on the ground. Al Matar spent the night in a jail cell and was charged of multiple criminal charges including resisting arrest and reckless misconduct. She was later found not guilty.

“This unprovoked violence and unlawful behavior by members of Chicago Police Department comes at a time of both heightened Islamophobia and a continued history of institutionalized police violence and malicious prosecution based on race, religion, or other identity-based factors,” CAIR-Chicago Executive Director Ahmed Rehab said in a statement. “That someone would be subjected to this wanton abuse is intolerable.” 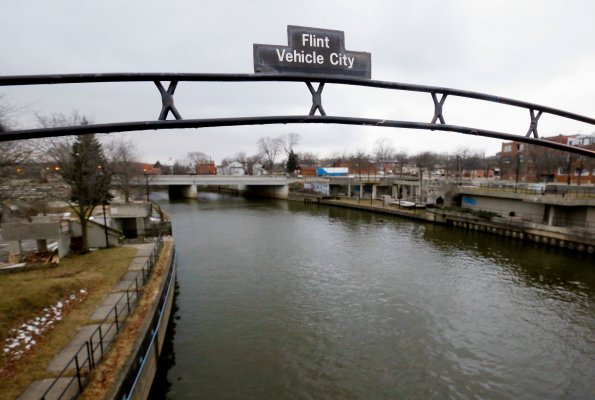 Lead in Flint's Water Is Now Below Federal Limits
Next Up: Editor's Pick