While almost every Olympian has some sort of pre-competition ritual they follow — Michael Phelps listens to Eminem, Alex Morgan eats pancakes and chicken — Canadian swimmer Santo Condorelli’s may be the most unorthodox. The 21-year-old athlete flips his father the bird before every race, and his dad flips it right back.

Condorelli — who will race in Thursday’s 50-metre free of the Rio Summer Games — revealed he and his dad began the bizarre tradition when he was just 8 years old.

“[Dad said] ‘You’ve got to build your confidence yourself and say eff everybody else that you’re racing,'” Condorelli told The Canadian Press. “He said, ‘Every time you’re behind the blocks, give me the finger and I’ll give it back to you.'”

However, after an unfortunate incident at junior nationals when Condorelli unknowingly flashed his middle finger directly at a television camera, he has had to make the gesture more discreet by placing his hand against his forehead. “I’m not trying to piss people off. I just put it in the middle of my forehead now,” he said. “My dad is definitely giving it to me and I can see him from a mile away.” 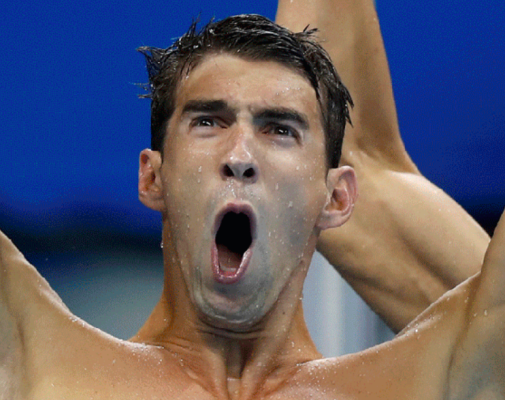