“The world has lost its collective mind,” Green Day frontman Billie Joe Armstrong said in a statement announcing that like Rage Against the Machine and Public Enemy before them, Green Day can’t sit on the sidelines during these extremely political times.

To make their voice known, Green Day just announced that they are releasing a brand new studio album, Revolution Radio, on October 7, their first since 2012’s ¡Uno!, ¡Dos! and ¡Tre! The songs on the album reflect the political state of America in 2016, starting with the lead single “Bang Bang,” which is jarringly written from the perspective of a mass shooter.

The album is described as “a potent 12-track blitz of angst-ridden anthems that unites Green Day’s fully formed stylistic approach with lyrical themes that address the complexities and uncertainties of modern day existence,” but the album isn’t purely political like their 2004 album-turned-musical, American Idiot. “Revolution Radio is a movement for lost souls to come together… dance together… sing together… and most of all, find each other. That’s what the spirit of Green Day has been about since day one,” says Armstrong.

The album is available for pre-order now. 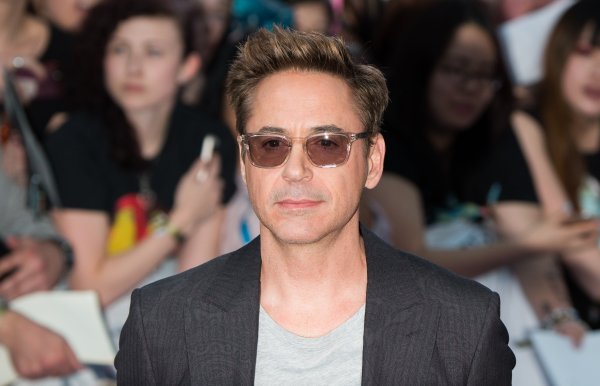 Robert Downey Jr. Confirms He Loves Tom Hiddleston Just as Much as Taylor Swift
Next Up: Editor's Pick