Hiddleston was recently burned at the hands of his hilarious Marvel co-star Downey Jr. when he welcomed the actor to Instagram by ribbing him for his widely reported summer frolicking with Swift. (He shared a picture of Hiddleston in an “I heart T.S.” tank) and set the record straight — T.S. actually stands for his Marvel character, Tony Stark, not Taylor Swift.

The Iron Man actor’s post inspired so much laughter that he has done it again, posting a selfie in his own black tank top with the sweet message “I [heart] Loki” on it late Wednesday night. To the media’s knowledge, Swift has never professed her love for Hiddleston in t-shirt form, so if graphic muscle tees are proof of true love, then Downey’s devotion to Hiddleston is clearly stronger.

It just doesn’t get better than Downey’s Instagram art. Hiddleston has yet to respond to either post. 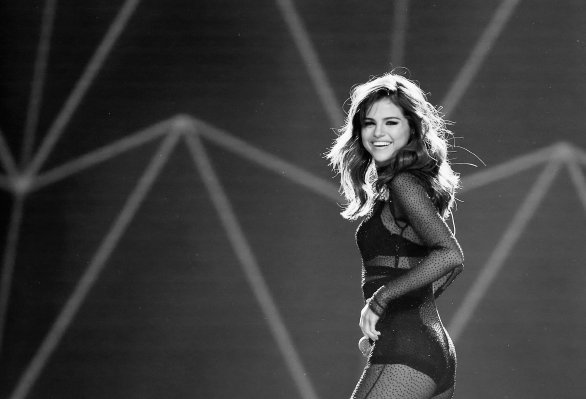 This Selena Gomez Superfan Got the Surprise of Her Dreams
Next Up: Editor's Pick