Film fans cheered when Marvel announced that Oscar-winner Brie Larson will play Captain Marvel in the studio’s first female-led superhero film in 2019, and those familiar with the character from Kelly Sue DeConnick’s comics applauded the big screen debut of the unabashedly feminist fighter pilot-turned-superhero. But it turns out Captain Marvel will diverge from the comic books.

Guardians of the Galaxy scribe and Captain Marvel co-writer Nicole Perlman said on a podcast Tuesday that Carol Danvers (a.k.a. Captain Marvel) will get a new origin story. Perlman explained that Marvel wanted to differentiate Captain Marvel’s backstory from that of DC Comics’ Green Lantern. (The two tales share some similarities.) Perlman said the changes would make the movie—the 21st in the Marvel Cinematic Universe—more cohesive with the other Marvel films.

“If you were just going to do a straight adaptation of the comics, her origin story is very similar to Green Lantern. And obviously, that’s not what we want to do. There’s a lot of reinvention that needs to happen,” she said on Any Time With Vin Forte. “We have to be aware of what’s happened in other Marvel film and makes sure that her particular storyline is unique and fun and also fits in within this world that’s going on at the same time.”

In the comics, Carol Danvers gets her powers when a machine created by the alien race called Kree—the same race Ronan the Accuser belongs to in Guardians of the Galaxy—explodes. During the disaster, the alien powers of a Kree hero who calls himself Captain Marvel (his real name is Mar-Vell) transfer to Carol, at which point she becomes a superhero in her own right. She first takes the name Ms. Marvel but later adopts Mar-Vell’s old title, Captain Marvel. She becomes a part of the Avengers team and also aids the Guardians of the Galaxy.

The tale does share some key plot points with that of Green Lantern. In that DC hero’s origin story, a man named Hal Jordan receives a magic ring from a dying alien. The ring imbues him with powers, and he’s commissioned as an officer of the Green Lantern Corps, a galactic law enforcement agency.

This is far from the only overlap between Marvel and DC characters: The Avengers team and Justice League are both bands of superheroes fighting alien threats; Osborn Industries and LexCorp have genius, psychopathic super-villains at their helm; Quicksilver and the Flash have the same powers. But the rapid growth of DC’s Extended Universe—they have at least nine sequels and spinoffs from Batman v Superman in the works, including a Green Lantern Corps movie—may mean that both Marvel and DC will make efforts to differentiate their movies from one another.

Perlman, who is co-writing Captain Marvel with Inside Out writer Meg LeFauve, did not say whether they will cut Mar-Vell out of the story altogether. But her comments do suggest there is plenty of crossover potential in the film. Brie Larson could find herself fighting alongside one of Marvel’s many Chrises—Pratt, Hemsworth or Evans. 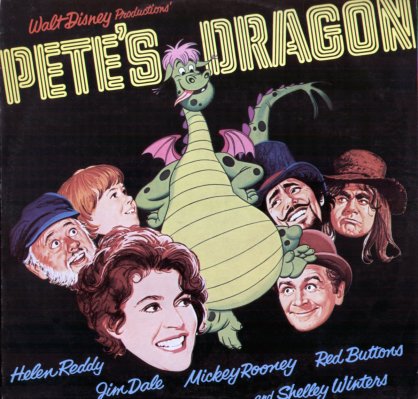 The Original 'Pete's Dragon' Was 'Gorgeous, in a Ghastly Sort of Way'
Next Up: Editor's Pick