Obama Is Letting the Drug War Rage on Pointlessly

This week the Obama Administration rejected the application of a pair of governors who asked the federal government to lower the federal restrictions on marijuana. The administration concluded that marijuana should remain a “Schedule I” controlled substance under federal law. Schedule I is the most restricted category of illicit drugs, which the government considers to have a high potential for abuse and no legitimate value.

This ruling flies in the face of President Obama’s previous statements indicating that he would allow science, rather than drug war ideology, to determine the legal status of marijuana. It is virtually impossible to overdose on marijuana, and despite centuries of recreational use, the harm caused by marijuana is infinitesimal compared to much harder, yet legal, drugs like alcohol.

The dangers the government insists on associating with marijuana are, in fact, dangers caused by prohibition itself.

Regardless of its legal status, there remains a substantial demand in the U.S. for marijuana. That market will either be served by legal businesses or illegal ones. There is no “none of the above.”

The data bears this out. In the last few years, several states have legalized recreational marijuana. As a result, marijuana seizures at the border have plummeted as the necessity of importing marijuana from abroad has begun to collapse. The free market is doing what billions of wasted dollars and millions of wasted lives under drug prohibition could not.

The administration’s decision this week suppresses that fantastic development, and instead guarantees more violence.

Unlike legal disputes in a free market, black-market disputes often involve violence because most peaceful means of dispute resolution are unavailable.

The same was true for killings of police officers.

Prohibition doesn’t just increase violence against police officers, it also increases violence by the police against the citizenry. There are now an estimated 80,000 SWAT raids annually in the U.S., the vast majority of which are serving mere search warrants, usually for drugs. A paramilitary institution that was developed to answer hostage situations and active shooters has become a routine, yet potentially violent tool for keeping people from smoking pot. Far too many harmless Americans have died as a result.

President Obama, whose administration has seen an explosion of national concern about street violence, as well as violence by and against police officers, has repeatedly vowed to find answers to these problems while continually ignoring the obvious solution staring him in the face.

The administration’s ruling also represents the continuation of a bizarre federalism problem.

Under our constitution, criminal law has historically been left to state and local governments, not Congress. That is why, when the misguided government opted to prohibit the manufacture and distribution of alcohol in the 1920s, prohibitionists sought a Constitutional amendment granting the federal government the authority to ban alcohol. Alcohol prohibition ended, after years of corruption and unnecessary bloodshed, when the constitution was amended again to correct the mistake of the earlier amendment.

The result is a legal quagmire in which 42 states and the District of Columbia allow either medicinal or recreational use of marijuana, while the federal government insists that a nationwide prohibition remains in effect.

It is immensely disappointing that President Obama, who ran as an advocate of “common sense” justice reforms, has again decided to shoot down a desperately needed reform to federal drug law. This ruling guarantees that the drug cartels will continue to profit off the U.S. marijuana market, that American citizens will continue being subjected to police violence and lengthy prison sentences for engaging in a harmless behavior that the majority of Americans believe should be legal, and that the drug war that has done so much damage to our law, our society and our individual liberty will continue. 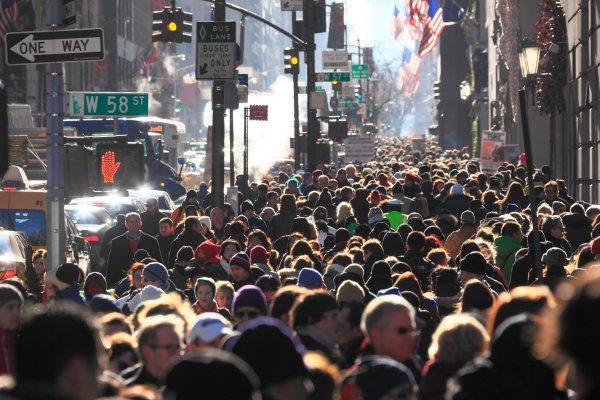 Why the American Dream Is Making You Unhappy
Next Up: Editor's Pick