If you only read one thing: In the two and a half weeks since the Republican convention Donald Trump has done so much damage to his candidacy that the RNC chairman Reince Priebus told him he’d have been better off playing golf at his Mar-a-Lago club in Florida. The bombastic GOP nominee features on the cover of TIME once again this week, but under very different circumstances. Previous instances have spotlighted Trump’s takeover the GOP. Now it’s how the party is trying to handle his polling slide and endless parade of controversial statements. In an interview with TIME, Trump rejected the notion that his campaign was in trouble, but admitted to being down a handful points in the polls (somewhat understating his predicament). He also describes his internal tension over whether to listen to outside advisers telling him to act more subdued and presidential, and the supporters and his own gut telling him to be even more bombastic in the 89 days ahead.

In calls last week, Priebus delivered a message to Trump warning that the party may be forced to refocus its efforts on down-ballot candidates if Trump doesn’t turn his poll numbers around. The implication—that the party could abandon Trump as it seeks to hold onto the Senate and the House—is the latest blow to the Trump campaign this week. Meanwhile, Trump isn’t letting up on his troubling stretch, with Trump calling President Obama the founder of ISIS at a rally Wednesday.

Hillary Clinton is facing renewed scrutiny over the relationship between her State Department and the Clinton foundation. Clinton aides are shaking off the controversy as an example of how things are done in Washington—but that’s the point that Trump will seize on. While Republicans are alleging potential criminal behavior without evidence, what is clear is that there is a case of unsavory ties between the government and a private enterprise that has served as a platform to enrich the Clintons.

Clinton will deliver an economic address in Detroit on Thursday to counter Trump’s speech on Monday, in which she will blast Trump’s “Friends and Family Discount” in his tax plan. The hacking of the Democratic National Committee may ensnare even Democrats than initially believed, posing another challenge for the Clinton campaign. And Trump’s unusual relationship with the truth.

Trump: A True Story
The mogul, in a 2007 deposition, had to face up to a series of falsehoods and exaggerations. And he did. Sort of. [Washington Post]

Hack of Democrats’ Accounts Was Wider Than Believed, Officials Say
More troubles for Clinton on the way [New York Times]

“I’m now listening to people that are telling me to be easier, to be nicer, be softer. That’s OK, and I’m doing that. Personally, I don’t know if that’s what the country wants.” — Donald Trump to TIME on adjusting his tone for the general election

“You’ll have to define what a mistake means.” — Donald Trump to CNBC Thursday when asked about his criticism of the Khan family

Trump Accuses Obama of Being the ‘Founder of ISIS’ [Associated Press] 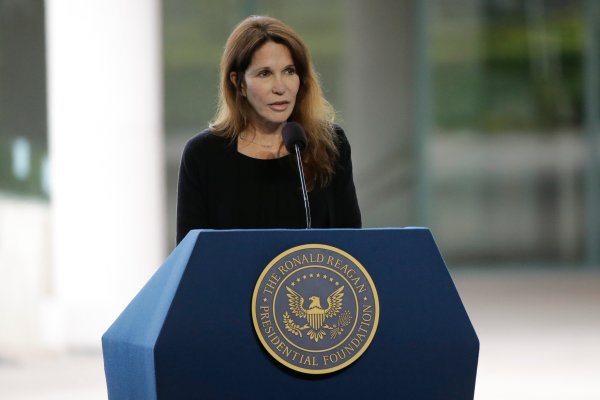